"The treatments already exist, they just need to be repurposed" 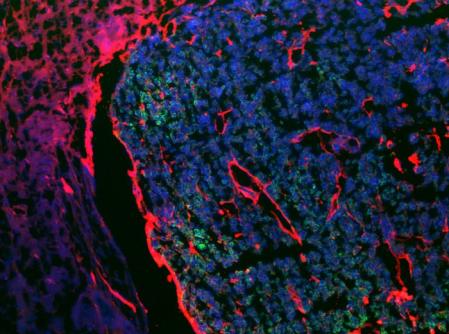 Newswise — Researchers from Tel Aviv University deciphered, for the first time, a mechanism that enables skin cancer to metastasize to the brain and managed to delay the spread of the disease by 60% to 80% using existing treatments. The encouraging study was led by Prof. Ronit Satchi-Fainaro and Ph.D. student Sabina Pozzi of the Sackler Faculty of Medicine at Tel Aviv University. The results were published in the scientific journal JCI Insight.

"In an advanced stage, 90% of melanoma (skin cancer) patients will develop brain metastases," explains Prof. Satchi-Fainaro. "This is a puzzling statistic. We expect to see metastases in the lungs and liver, but the brain is supposed to be a protected organ. The blood-brain barrier keeps harmful substances from entering the brain, and here it supposedly doesn't do the job—cancer cells from the skin circulate in the blood and manage to reach the brain. We asked ourselves with ‘whom’ the cancer cells 'talk' to in the brain to infiltrate it."

The researchers from Tel Aviv University found that in melanoma patients with brain metastases , the cancer cells "recruit" cells called astrocytes, star-shaped cells found in the spinal cord and brain which are responsible for homeostasis, or maintaining stable conditions, in the brain.

"The astrocytes are the first to come to correct the situation in the event of a stroke or trauma, for example," says Prof. Satchi-Fainaro, "and it is with them that the cancer cells interact, exchanging molecules and corrupting them. Moreover, the cancer cells recruit the astrocytes so that they do not inhibit the spread of the metastases. As such, they create local inflammation in the melanoma cells-astrocytes interaction areas that increase the permeability through the blood-brain barrier, as well as the division and migration of the cancer cells. The communication between them is reflected in the fact that the astrocytes begin to secrete a protein that promotes inflammation called MCP-1 (also known as CCL2), and in response to this, the cancer cells begin to express its receptors CCR2 and CCR4, which we suspected to be responsible for the destructive communication with the astrocytes."

To test their hypothesis, Prof. Satchi-Fainaro and her team tried to inhibit the expression of the protein and its receptors in genetically-engineered lab models and in 3D models of primary melanoma and brain metastases. To this end, the researchers used both an antibody (biological molecule) and a small molecule (synthetic), designed to block the MCP-1 protein. They also employed CRISPR technology to genetically edit the cancer cells and cut out the two genes that express the two relevant receptors, CCR2 and CCR4. With each of the methods, the researchers were able to delay the spread of metastases.

"These treatments succeeded in delaying the penetration of the cancer cells into the brain and their subsequent spread throughout the brain,” says Prof. Satchi-Fainaro. “It's important to note that melanoma metastases in the brain are very aggressive with a poor prognosis of 15 months following surgery, radiation and chemotherapy. We reached a 60% to 80% delay, depending on the stage of the intervention. We achieved the best results with the treatment conducted immediately after surgery to remove the primary melanoma, and we were able to prevent the metastases from penetrating the brain; therefore, I believe that the treatment is suitable for the clinic as a preventive measure. Both the antibody and the small molecule we used—which are primarily intended to treat sclerosis, diabetes, liver fibrosis, and cardiovascular diseases, as well as serve as a biomarker for other types of cancer—have already been tested on humans as part of clinical trials. Therefore, these treatments are considered safe, and we can try to repurpose them for melanoma."

The research was conducted in collaboration with additional scientists and physicians from Tel Aviv University, including Prof. Adi Barzel, Dr. Asaf Madi, Prof. Iris Barshack, Prof. Eran Perlson, and Prof. Inna Slutsky. International researchers also participated in the study, including Prof. Eytan Ruppin from the US National Institutes of Health (NIH) , Prof. Henry Brem and Thomas Hyde from Johns Hopkins University-, and Prof. Helena Florindo from the University of Lisbon.

The study was funded by the European Research Council (ERC), the Melanoma Research Alliance (MRA), the Kahn Foundation, the Israel Cancer Research Fund (ICRF), and the Israel Science Foundation (ISF).