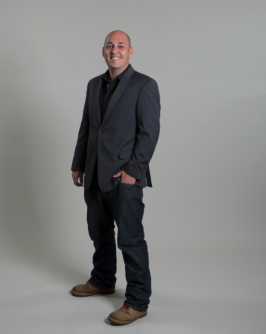 Newswise — BINGHAMTON, NY – Why use regular sunscreen when you can apply a DNA film to your skin? Researchers at Binghamton University, State University of New York have developed a coating made out of DNA that gets better at protecting skin from Ultraviolet light the more you expose it to the sun, and it also keeps your skin hydrated.

“Ultraviolet (UV) light can actually damage DNA, and that’s not good for the skin,” said Guy German, assistant professor of biomedical engineering at Binghamton University. “We thought, let’s flip it. What happens instead if we actually used DNA as a sacrificial layer? So instead of damaging DNA within the skin, we damage a layer on top of the skin.”

German and a team of researchers developed thin and optically transparent crystalline DNA films and irradiated them with UV light. They found that the more they exposed the film to UV light, the better the film got at absorbing it.

“If you translate that, it means to me that if you use this as a topical cream or sunscreen, the longer that you stay out on the beach, the better it gets at being a sunscreen,” said German.

As an added bonus, the DNA coatings are also hygroscopic, meaning that skin coated with the DNA films can store and hold water much more than uncoated skin. When applied to human skin, they are capable of slowing water evaporation and keeping the tissue hydrated for extended periods of time.

“Not only do we think this might have applications for sunscreen and moisturizers directly, but if it’s optically transparent and prevents tissue damage from the sun and it’s good at keeping the skin hydrated, we think this might be potentially exploitable as a wound covering for extreme environments,” he said.

Undergraduate students at Binghamton University contributed to this research.