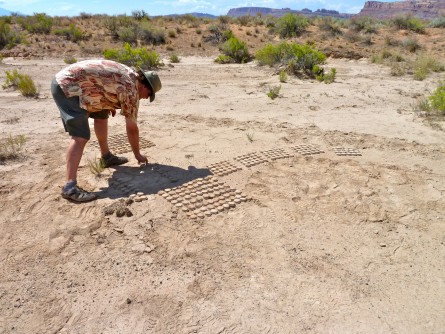 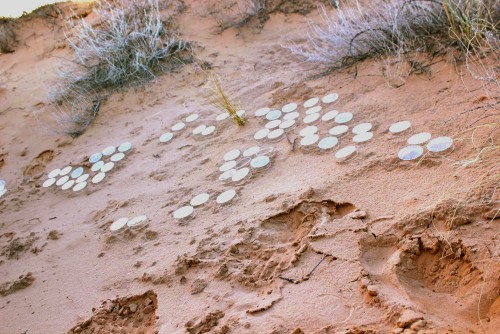 Researchers will collect biocrust samples from the Chihuahuan desert and the Dugway Proving Ground in Utah's Great Basin. 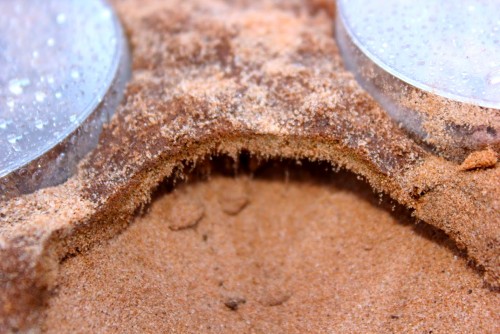 Biological soil crusts — or communities of microorganisms that grow on the surface of the soil when there is no plant cover — are key in protecting the soil from erosion. 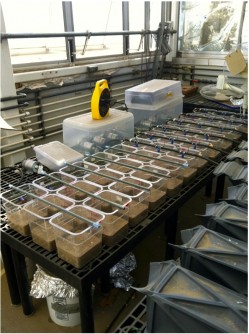 Once soil samples are collected, researchers will bring them to a "microbial nursery" where they will work to develop large-scale lab cultivations of microbes that keep the soil together.

Newswise — Arizona State University researchers have discovered for the first time that temperature determines where key soil microbes can thrive — microbes that are critical to forming topsoil crusts in arid lands. And of concern, the scientists predict that in as little as 50 years, global warming may push some of these microbes out of their present stronghold in colder U.S. deserts, with unknown consequences to soil fertility and erosion.

The findings are featured as the cover story of the June 28 edition of the journal Science.

An international research team led by Ferran Garcia-Pichel, microbiologist and professor with ASU’s School of Life Sciences, conducted continental-scale surveys of the microbial communities that live in soil crusts. The scientists collected crust samples from Oregon to New Mexico, and Utah to California and studied them by sequencing their microbial DNA.

While there are thousands of microbe species in just one pinch of crust, two cyanobacteria —bacteria capable of photosynthesis — were found to be the most common. Without cyanobacteria, the other microbes in the crust could not exist, as every other species depends on them for food and energy.

“We wanted to know which microbes are where in the crust and whether they displayed geographic distribution patterns at the continental scale,” said Garcia-Pichel, also dean of natural sciences in ASU’s College of Liberal Arts and Sciences. “To our surprise, where we thought a single cyanobacterium would dominate, we found that two had neatly split the territory between themselves. We used to think that one, called Microcoleus vaginatus, was the most important and dominant, but now we know that Microcoleus steenstrupii, the other one, is just as important, particularly in warmer climates,” he added.

While the two look very much alike, M. vaginatus and M. steenstrupii are not even closely related. They have evolved to appear alike because their shape and behavior help them stabilize soil and form soil crusts.

Crusts are crucial to the ecological health of arid lands, as they protect the soil from erosion and contribute to land fertility by fixing carbon and nitrogen into the soil and by extracting other nutrients from trapped dust.

Temperature affects microbial communitiesAfter considering data about soil types and chemistry, rainfall, climate and temperature, researchers used a mathematical model that showed temperature best explained the geographic separation of the two microbes. While both are found throughout the studied area, M. vaginatus dominate the crusts in cooler deserts and M. steenstrupii are more prevalent in the southern deserts.

“But this was just a correlation,” Garcia-Pichel explained. “To prove the role temperature plays, we tested cultivated forms of the microbes and confirmed that it does indeed make a difference — temperature is what keeps them apart. The point now is that temperature is no longer stable because of global warming.” In the U.S. Southwest, where the study took place, climate models predict about one degree of warming per decade.

Change is on the horizon“By using our data with current climate models, we can predict that in 50 years, the cyanobacterium that fares better in warmer temperatures will push the cold-loving one off our map. M. steenstrupii could completely dominate the crusts everywhere in our study area by then. Unfortunately, we simply don’t know much about this microbe or what will happen to the ecosystem in the absence of M. vaginatus,” Garcia-Pichel added.

Should microbe distribution indeed change due to increasing temperatures, scientists do not know what effect that will have on soil fertility and erosion.

These microbes are hundreds of millions of years old and can be found in many places around the globe. No matter where individuals of M. vaginatus are found in the world, they are very closely related and practically indistinguishable genetically. By contrast, individual variation within M. steenstrupii is greater, and this more genetically diverse species is thought to be much older in evolutionary terms.

Garcia-Pichel believes the pattern of temperature segregation detected in the U.S. is likely to be similar worldwide, and that it will not be easy for M. vaginatus to evolve quickly enough to tolerate higher temperatures.

The team is calling for climate researchers to include the study of microbes when considering global warming.

“Our study is relevant beyond desert ecology. It exemplifies that microbial distributions and the partitioning of their habitats can be affected by global change, something we’ve long known for plants and animals. This study tells us clearly that we can no longer neglect microbes in our considerations,” added Garcia-Pichel. 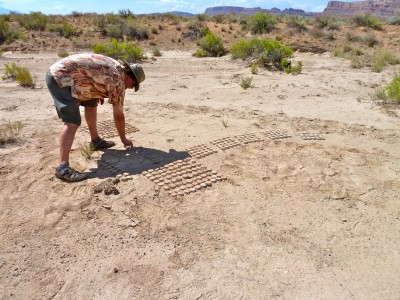 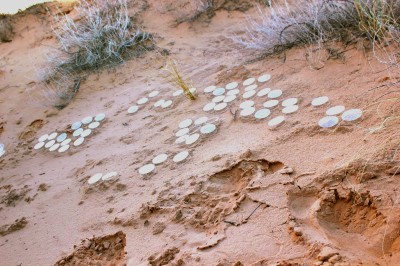 Caption: Researchers will collect biocrust samples from the Chihuahuan desert and the Dugway Proving Ground in Utah's Great Basin. 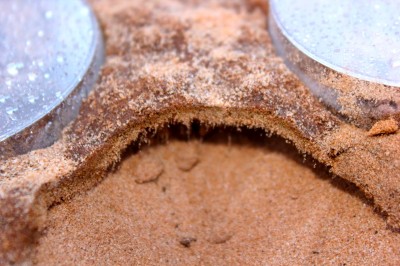 Caption: Biological soil crusts — or communities of microorganisms that grow on the surface of the soil when there is no plant cover — are key in protecting the soil from erosion. 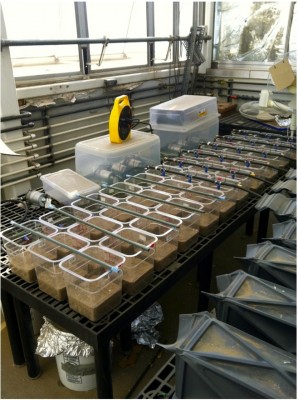 Caption: Once soil samples are collected, researchers will bring them to a "microbial nursery" where they will work to develop large-scale lab cultivations of microbes that keep the soil together.