Study finds that the NBR1 protein plays a critical role in regulating obesity-induced inflammation that leads to metabolic disease. The findings suggest a new approach to targeting the inflammatory links between obesity and metabolic disease to prevent and treat type 2 diabetes. 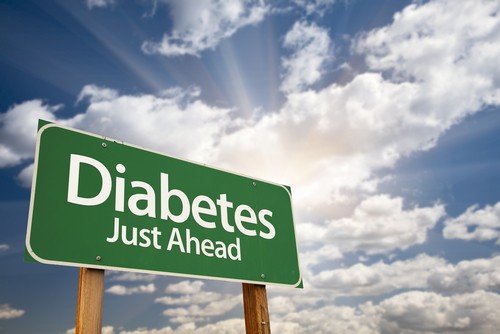 Newswise — La Jolla, Calif., July 17, 2014  A new study by researchers at Sanford-Burnham Medical Research Institute (Sanford-Burnham) has identified a new signal that triggers the events leading to insulin resistance in obesity. The signal causes inflammation in adipose tissue and leads to metabolic disease. The study, published July 17 in Cell Metabolism, suggests that blocking this signal may protect against the development of metabolic disease, type 2 diabetes, and other disorders caused by obesity-linked inflammation.

“We have uncovered a precise mechanism that explains how inflammation occurs in obesity,” said Jorge Moscat, Ph.D., professor and director of the Cell Death and Survival Networks Program at Sanford-Burnham. “The results are important because we know that inflammation of the fat tissue causes insulin resistance, a risk factor for metabolic syndrome and a primary feature of type 2 diabetes. If we can inhibit obesity-linked inflammation, we may be able to prevent the metabolic abnormalities, including type 2 diabetes, associated with obesity,” said Maria Diaz-Meco, Ph.D., from the same Program at Sanford-Burnham and co-director of this study.

NBR1 protein triggers inflammationThe researchers initiated their study by comparing levels of the NBR1 protein in healthy men and women with a wide range of body mass index (BMI) and fatness, to levels in men with metabolic syndrome. NBR1 is an inflammatory signaling molecule originally discovered in the labs of Moscat and Maria Diaz-Meco. Metabolic syndrome is a clinical classification of a combination of health problems—including insulin resistance—that are linked to an increased risk of diabetes and early heart disease.

How NBR1 worksTo understand how NRB1 works, the research team fed mice in which NBR1 was genetically inactivated a high-fat diet. Compared to normal mice, the mice without NBR1 had less inflammation and better glucose tolerance, suggesting that the protein was promoting inflammation and glucose intolerance.

The researchers went on to show that NBR1 mediates its effects by binding to a protein called MEKK3, and when NBR1 and MEKK3 interact, they cause adipose tissue inflammation.

“MEKK3 is a very attractive protein because it can be therapeutically targeted with small molecules that can lead to the generation of new drugs for insulin resistance, and potentially type 2 diabetes,” said Diaz-Meco.

“It’s estimated that over 35 percent of American adults are insulin resistant, and without an intervention, many of these cases will progress into type 2 diabetes. An important next step is to look for MEKK3-NBR1 inhibitors to reverse insulin resistance with the promise of new therapies for the treatment of type 2 diabetes,” added Steven R. Smith, M.D., professor in the Metabolic Disease Program at Sanford-Burnham, scientific director of the Translational Research Institute for Metabolism and Diabetes, chief scientific officer of Florida Hospital, and co-author of the study.

About Sanford-Burnham Medical Research Institute Sanford-Burnham Medical Research Institute is dedicated to discovering the fundamental molecular causes of disease and devising the innovative therapies of tomorrow. Sanford-Burnham takes a collaborative approach to medical research with major programs in cancer, neurodegeneration and stem cells, diabetes, and infectious, inflammatory, and childhood diseases. The Institute is recognized for its National Cancer Institute-designated Cancer Center, its NIH-designated Neuroscience Center Cores, and expertise in drug discovery technologies. Sanford-Burnham is a nonprofit, independent institute that employs more than 1,000 scientists and staff in San Diego (La Jolla), Calif., and Orlando (Lake Nona), Fla. For more information, visit us at sanfordburnham.org.