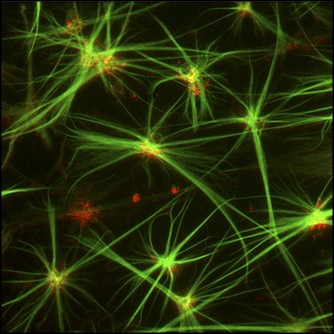 Newswise — Chicago – February 17, 2015 – While opioids are a widely used treatment for pain, patients who take them on a regular basis can become tolerant, requiring a higher dose for continued pain relief. In a study published in Anesthesiology, the official medical journal of the American Society of Anesthesiologists® (ASA®), researchers identified a compound that appears to play a role in the development of opioid tolerance. It may be possible to lessen the development of opioid tolerance if that compound is neutralized or blocked in patients taking opioids chronically for severe pain.

“Opioid tolerance is a growing problem among chronic pain patients and cancer patients in particular,” said Chih-Peng Lin, M.D., assistant professor, Department of Anesthesiology, National Taiwan University College of Medicine. “We found that CXCL1, a protein produced by spinal cord tissue, contributes to opioid tolerance. By neutralizing CXCL1 in patients, we might help solve the problem of opioid tolerance.”

While there has been extensive research on animals and opioid tolerance, this was the first study to examine both human patients and rats. The researchers compared patients with cancer-related pain controlled by strong opioids such as morphine with age-matched control subjects without cancer who were not taking opioids. They found that in both cancer patients and rats, subjects regularly given opioids and deemed opioid tolerant had an increased concentration of CXCL1 compared to those not regularly administered opioids. The rats were given additional CXCL1 in the space surrounding the spinal cord, which increased the rate of onset and severity of tolerance, providing further evidence that the protein contributes to tolerance. In a second phase of the study, the rats were administered a CXCL1 neutralizing or blocking agent that at least partially maintained the effectiveness of the opioid.

“Opioids are a mainstay of treatment for severe pain, especially cancer pain,” said Dr. Lin. “By suppressing opioid tolerance, we can help patients achieve prolonged pain relief without the side effects of increased opioid dosages.”

The study authors acknowledged that further research must be done to determine whether blocking CXCL1 will serve as a safe and effective way to eliminate tolerance of certain opioids in patients.