Newswise — Researchers at The University of Texas School of Public Health have found that patients given a travelers' diarrhea vaccine were significantly less likely to suffer from clinically significant diarrhea than those who received placebo, according to a study published in this week's edition of the Lancet. The patch-based vaccine is part of the Phase 2 study in conjunction with the Iomai Corporation.

"These results suggest that the Iomai patch has the potential to fundamentally change the way we approach prevention of this disease, an ailment against which we now have very few weapons," said Herbert L. DuPont, M.D., professor and director of the Center for Infectious Diseases at The University of Texas School of Public Health and the principal investigator of the trial. "If these results are replicated, the Iomai vaccine will have the potential to not only mitigate a disease that sickens millions each year but also keep some patients from going on to develop the chronic symptoms of irritable bowel syndrome."

The Trek Study was done in collaboration with UT Houston, the Johns Hopkins Bloomberg School of Public Health and other institutions. Each volunteer received either two doses of the vaccine patch or a placebo, 2 to 3 weeks apart, with the last dose administered a week before travel. Travelers kept detailed diaries and received in-country checkups. The study was designed to evaluate the safety of the vaccine and the incidence of enterotoxigenic E. coli (ETEC) bacteria " the most common cause of travelers' diarrhea. No vaccine-related serious side effects were reported.

Of the few vaccinated patients who became sick, the diarrhea lasted only half a day on average, while those in the placebo group endured two days of illness and more than twice as many loose stools. Although not statistically significant, the frequency of new-onset irritable bowel syndrome, a long-term consequence of travelers' diarrhea, was three times greater in placebo than vaccine recipients.

This year, approximately 55 million international travelers will visit countries where bacteria that cause travelers' diarrhea are endemic, particularly Africa, Asia and Latin America, and about 20 million of those will develop travelers' diarrhea.

In addition to the acute symptoms of travelers' diarrhea, which include severe diarrhea, abdominal cramps and dehydration, patients who suffer a bout of travelers' diarrhea are also at higher risk of developing irritable bowel syndrome, a chronic condition characterized by pain, bloating, diarrhea or constipation. Diarrheal disease also exacts a significant toll on children in the developing world, where diarrhea linked to enterotoxigenic E. sickens 210 million children each year, killing an estimated 380,000 annually.

"Bacterial diarrheal disease is a significant medical problem both for children and travelers, and our technology represents both an advance in vaccine delivery and a breakthrough in the field of infectious disease," said Gregory Glenn, M.D., Iomai's chief scientific officer. "We look forward to targeting both the significant travelers' market and developing the vaccine for the children in the developing world who still suffer serious morbidity and mortality from this disease."

Iomai plans to initiate a Phase 3 program for the needle-free vaccine patch vaccine in 2009. If approved, the Iomai vaccine would be the first vaccine for travelers' diarrhea available in the United States. 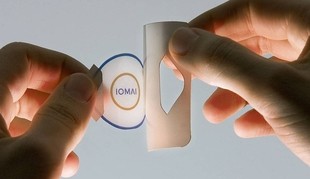 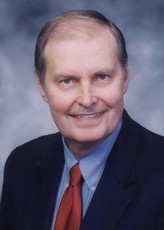