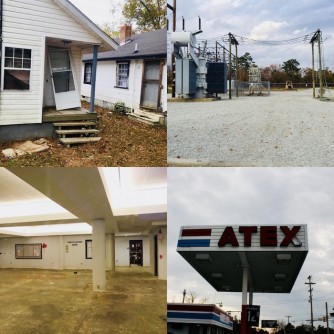 Elaina Sutley at the University of Kansas studies how housing, businesses and schools interact in a disaster recovery.

Newswise — LAWRENCE — From Puerto Rico to Missouri to California, Americans in recent years have confronted disasters that have disrupted communities and destroyed homes, businesses and infrastructure.

Today, one researcher at the University of Kansas is part of a $20 million, five-year project funded by National Institute of Standards and Technology that enables engineers, computer scientists, economists, urban planners and sociologists to study how communities recover from disaster and become more resilient to future adversity.

“Resilience is a community’s ability to prepare for, anticipate and adapt to challenging conditions, and withstand and recover rapidly from disruptions,” said Elaina Sutley, assistant professor of civil, environmental and architectural engineering at KU.

Sutley, working with the Center for Risk-Based Community Resilience Planning at Colorado State University, just returned from Lumberton, North Carolina, an inland community that suffered extensive flooding in the wake of Hurricane Matthew in October 2016. She was part of a team who interviewed 180 homeowners and completed close to 500 damage surveys just a month after the storm. This first trip, in what will be a longitudinal field study, was aimed at determining various impacts of the hurricane and developing new relationships between physical damage to housing and household dislocation.

“There are five different communities that we’ve studied in depth,” she said. “Lumberton is the only one where we’ve done a post-disaster field study. It was a really interesting place for us to go in and stay. Hurricane Matthew impacted North Carolina; Lumberton is actually a few hours inland. Wind damage was minimal in Lumberton, but riverine flooding caused their disaster. Their levee system was not designed to current standards required by FEMA; once the water flooded over the levee, it got trapped in Lumberton, and the levee wouldn’t allow it to drain. Water was as high as 8 feet in residential areas, and it took about a week for the water to come down.”

Sutley originally studied Lumberton just a month after Hurricane Matthew flooded the city. Her recent follow-up visit was intended to assess how successfully the community has bounced back and diagnose the underpinnings of its recovery. Lumberton was chosen in part because of the size and diversity of its population.

“When we first went to Lumberton, people weren’t back in their homes, and business weren’t reopened,” the KU researcher said. “When we went back just over a year later, it was amazing to see how many structures were abandoned. Of the 567 houses in our sample, 160 were abandoned. That’s a random sample out of 21,000 people. It was kind of shocking to me. We interviewed people and conducted partial surveys with more than 270 households. Most of the people we interviewed were not completely finished with their repairs — many were in a good state but not completely finished.”

Sutley has focused in part on money available to repair and reconstruct Lumberton housing and businesses — and how such resources helped or hindered recovery of the community.

“We collected detailed information on financial resources available to households and businesses and the timing of those resources coming in,” she said. “We aim to build models that predict recovery, and we know finances are a major factor. We hadn’t seen data come out before on that. We know there are community sectors that interact together — social, economic, physical infrastructure, cultural systems — all these different aspects of community. Collecting data on their interaction is hard to do. We had specific questions to draw causal arrows to make such connections, including how business closures impacted housing — and if housing is unavailable, how this might change whether your kids go to school.”

Based on her visits to Lumberton, Sutley said one shortcoming of post-disaster support appeared to be the scant availability of financial assistance to local businesses disrupted by Hurricane Matthew.

“There are no grants for businesses to recover post-disaster,” she said. “There are Small Business Administration loans that have 4.5 percent interest rates at the low end, but if your business is damaged too much you don’t qualify for those. You can get private loans at 13 to 15 percent rates, but not if the business is too damaged. A lot of the business owners I talked to were small businesses, locally owned, and they received not a single dollar of help from anyone. One of the questions we asked was about the change in profitability — the people I talked to were not back to being profitable and were in a bad spot.”

The KU researcher said each field study will result in a report as well as scholarly research designed to inform community planners, policymakers, academics and stakeholders around the country in areas vulnerable to natural disaster. Other communities in the study will include Galveston, Texas; Seaside, Oregon; Joplin, Missouri, and Memphis, Tennessee.

“We have a ton of forthcoming work,” Sutley said. “I’ve started working on the outline for a report that I’ll co-edit with Maria Dillard, a research social scientist at NIST, and John van de Lindt, a structural engineering professor at CSU and co-director of the center. Right now, the center has a list of over 10 anticipated journal articles coming out. I’ll have the opportunity to lead a handful, including one providing an overview of our findings that we aim to have submitted by June.”