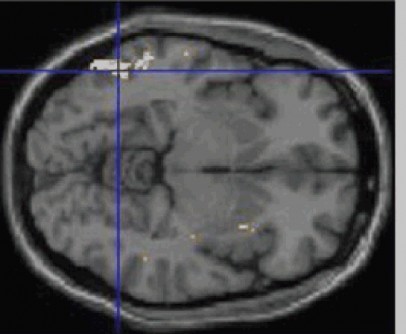 Newswise — People who are shy or introverted may actually process their world differently than others, leading to differences in how they respond to stimuli, according to Stony Brook researchers and collaborators in China.

About twenty percent of people are born with this “highly sensitive” trait, which may also manifest itself as inhibitedness, or even neuroticism. The trait can be seen in some children who are “slow to warm up” in a situation but eventually join in, need little punishment, cry easily, ask unusual questions or have especially deep thoughts.

While such traits are relatively familiar because they are easy to observe, the researchers, have found evidence that for those with this innate trait, the actual underlying difference is in the brain’s attention to details. The study was conducted by Jadzia Jagiellowicz, Xiaomeng Xu, Arthur Aron, and Elaine Aron at Stony Brook University, along with Guikang Cao and Tingyong Feng of Southwest University, China and Xuchu Weng of the Chinese Academy of Sciences, Beijing, China. This research, designed to validate the fundamental role of deeper processing of information, was published in Social Cognitive and Affective Neuroscience (also available online with the date March 4, 2010).

Sensory perception sensitivity (SPS), a personality trait characterized by sensitivity to internal and external stimuli, including social and emotional ones, is found in over one hundred other species, from fruit flies and fish to canines and primates. Biologists are beginning to agree that within one species there can be two equally successful “personalities.” The sensitive type, always a minority, chooses to observe longer before acting, as if doing their exploring with their brains rather than their limbs. The other type “boldly goes where no one has gone before.” The sensitive’s strategy, sometimes called reactive or responsive, is better when danger is present, opportunities are similar and hard to choose between, or a clever approach is needed. It is not an advantage when resources are plentiful or quick, aggressive action is required.

Perhaps because those studying human personality have not focused on genetics and evolution until recently, these two fundamental innate styles in humans have been largely overlooked. Stony Brook researchers Elaine and Arthur Aron had already found that those with a highly sensitive temperament are, compared to others, more bothered by noise and crowds, more affected by caffeine, and more easily startled. That is, the trait is about sensitivity. Further, they proposed that this is all part of a “sensory processing sensitivity.” In other words, the simple sensory sensitivity to noise, pain, or caffeine is a side effect of an inborn preference to pay more attention to experiences. Hints of this processing sensitivity were found in the observation that, compared to the majority of people, the sensitive ones among us tend to prefer to take longer to make decisions, are more conscientious, need more time to themselves in order to reflect, and are more easily bored with small talk. However, the theory that what created the difference was processing rather than mere sensitivity needed to be validated.

The research team used a questionnaire already known to separate the sensitive from the non-sensitive. Then the team used functional magnetic resonance imaging (fMRI) methods to compare the activity of the brains of sensitive and non-sensitive participants while they were in the process of looking for small differences in pictures.

Neuroimaging has been increasingly used to investigate other individual differences, especially neuroticism and introversion, and how these affect emotion and cognition. The Stony Brook team proposed that differences in neuroticism and introversion are often due to something more fundamental, i.e. differences in the attention given to the processing of sensory information. For example, a number of researchers are finding that children who are highly sensitive and raised in a stressful environment are prone to anxiety and depression, which are the components of neuroticism, and to shyness, which is sometimes the cause of introversion. However, when raised in an enriched, supportive environment, those with this “differential susceptibility” are actually happier, healthier, and more socially skilled than others. In both outcomes, it seems that sensitive children are paying more attention to subtle cues indicating, for better or worse, what others are thinking and feeling.

Visual images are transformed into thoughts about those images when the brain associates the images with input from other senses, as well as with emotional reactions. This requires some attention, which is often motivated by emotions and is especially critical for noticing small changes. The investigators had 16 participants compare a photograph of a visual scene with a preceding scene, and asked them to indicate with a button press whether or not the scene had changed. Scenes differed in whether the changes were obvious or subtle, and in how quickly they were presented. Sensitive persons looked at the scenes that had the subtle differences for a longer time than did non-sensitive persons, and showed significantly greater activation in brain areas involved in associating visual input with other input to the brain and with visual attention (i.e., right claustrum; left occipito-temporal; bilateral temporal, medial, and posterior parietal regions). These areas are not simply used for vision itself, but for a deeper processing of input.

This difference that was observed between those who were highly sensitive and those who were not held up even when statistically adjusting for any differences in neuroticism and introversion, making these other traits by themselves unlikely reasons for the difference. Rather, it seems that what makes some people sensitive is a difference in what is going on at a deep level of processing, however happy or unhappy their external lives.