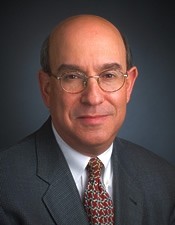 Myles Brown, MD, and colleagues at Dana-Farber Cancer Institute have discovered a molecular switch that enables advanced prostate cancers to spread without stimulation by male hormones, which normally are needed to spur the cancer’s growth. They say that identifying the previously unknown protein function could serve as a treatment target for prostate cancers that are no longer controlled by hormone-blocking drugs.

Previously unknown protein function could be a treatment target

Newswise — BOSTON—Scientists at Dana-Farber Cancer Institute have discovered a molecular switch that enables advanced prostate cancers to spread without stimulation by male hormones, which normally are needed to spur the cancer’s growth. They say the finding could lead to a new treatment for prostate cancers that are no longer controlled by hormone-blocking drugs.

The researchers report in the Dec. 14 issue of Science that the molecular switch occurs in a protein, EZH2, which is increased in these tumors, termed castration-resistant prostate cancers (CRPC).

EZH2 is part of a protein complex that normally shuts off the expression of genes. But in CRPC cells, “It isn’t working the way people had thought,” said Myles Brown, MD, co-senior author of the report. Instead, EZH2 switches into a different mode, activating cell-growth genes -even in the absence of androgen hormones – that spur the dangerous growth and spread of these cancers.

As a result, the researchers suggest that drugs designed to stifle this unexpected function of EZH2 might be effective as a new treatment strategy for CRPC tumors.

Most prostate tumors are fueled by male hormones, or androgens, which interact with a molecule called the androgen receptor in cancer cells. When the receptor receives androgen signals, it transmits orders to the cell’s nucleus to divide and grow. Surgical castration or administering drugs that halt androgen production can control cancers that have spread outside the prostate gland.

However, these cancers often escape their need for androgens after a few years of treatment and become resistant. Brown said the tumor cells reprogram the androgen receptors so that they activate cell-growth genes despite the absence of hormone stimulation.

EZH2 is known as an “epigenetic regulator,” meaning that it regulates the activity of genes without changing their DNA structure. Previously it was found that EZH2 levels are dramatically increased in late-stage castration resistant prostate cancer, Brown said, but researchers thought the protein was acting primarily to turn off gene activity – which is its normal role.

Drugs aimed at blocking EZH2 activity are being tested in other cancers, where they are designed to block the protein’s gene-suppressing role. However, they carry a risk of harmful side effects as a result. “But we found that isn’t the important function of EZH2 in CRPC,” Brown explained. “In these cancers, EZH2 works with the androgen receptor to turn on genes involved with cell growth.” As a result, he proposes that inhibitors of EZH2 that avoid targeting its gene-repressor function might be a safe and effective strategy for use in castration-resistant prostate cancers.

Further, said Brown, the EZH2 protein itself is activated by a molecular signaling pathway known as PI3K, or PI3 kinase. Several PI3K inhibitors are in clinical trials at present, and Brown said that a combination of drugs to inhibit both that pathway and the EZH2 protein might be yet another way to attack the resistant prostate cancers.

Co-first authors of the report are Kexin Xu, PhD, and Zhenua Jeremy Wu, PhD, of Dana-Farber.