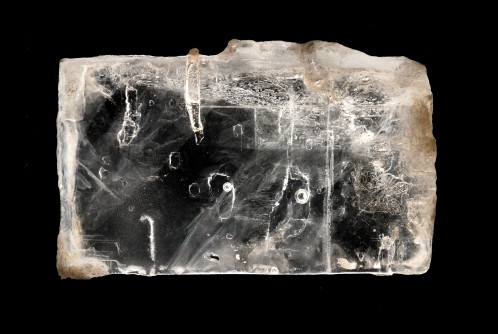 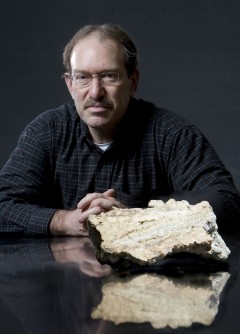 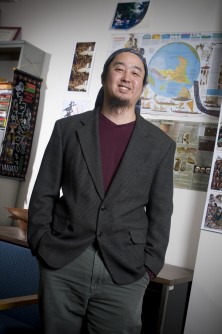 J. Koji Lum, professor of anthropology and of biological sciences at Binghamton University, says that ancient bacteria trapped for thousands of years in water droplets embedded in salt crystals are like trapped ecosystems. 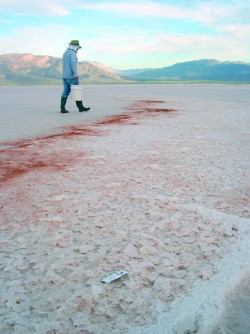 For decades, geologists have looked at these water droplets — called fluid inclusions — and wondered whether microbes could be extracted from them. Fluid inclusions have been found inside salt crystals ranging in age from thousands to hundreds of millions years old.

But there has always been a question about whether the organisms cultured from salt crystals are genuinely ancient material or whether they are modern-day contaminants, said Tim Lowenstein, professor of geological sciences and environmental studies at Binghamton.

Lowenstein and Binghamton colleague J. Koji Lum, professor of anthropology and of biological sciences, believe they have resolved this doubt. And they’ve received $400,000 from the National Science Foundation to support further research on the topic.

Lowenstein’s team, which has been pursuing this problem for years, began by examining the fluid inclusions under a microscope. “Not only did we find bacteria, we found several types of algae as well,” he said. “The algae actually may be the food on which the bacteria survive for tens of thousands of years.”

When Lum got involved, the researchers began to wonder about the DNA of the organisms they were finding. “You have a little trapped ecosystem,” Lum said. “Some of these guys are feeding on other ones trapped in this space. The things that aren’t alive in there, their DNA is still preserved.”

Lum’s graduate student Krithivas Sankaranarayanan reviewed existing literature on ancient DNA and helped to develop a protocol for use with Lowenstein’s samples.“We have these samples going back from the present to over 100,000 years in one exact location,” Lum said. “So Tim can look at the salinity and reconstruct ancient climates. Now we’re looking at the DNA from bacteria, the algae, the fungi and what was living in those waters and how those things changed over time. We have a view of all the different organisms that were in the lakes at the time these inclusions were formed.”

The researchers sequence the DNA and culture the bacteria they find. Then it’s time to think big. Lum’s most optimistic view of the project goes like this: “It’s possible that we can observe organisms evolving and see how they’re reacting to climate change over geologic time.”

The samples Lowenstein works with are drawn from Death Valley and Saline Valley in California as well as from sites in Michigan, Kansas and Italy. Temperatures at these locations may have reached 130 degrees Fahrenheit in the past, and the pockets of water trapped inside the rocks are generally very salty.

The environment may sound harsh — in fact, it’s among the most extreme on Earth — but the creatures that survive there are tough. “These are some of the hardiest beasts on the planet,” Lum said. And the conditions inside these water droplets are ideally suited to preserving DNA. “They’re like time capsules,” Lowenstein agreed. 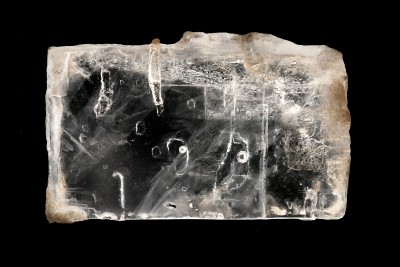 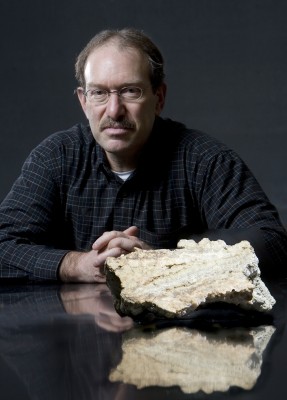 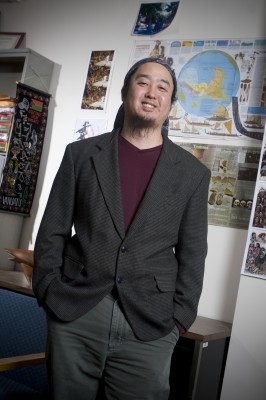 Caption: J. Koji Lum, professor of anthropology and of biological sciences at Binghamton University, says that ancient bacteria trapped for thousands of years in water droplets embedded in salt crystals are like trapped ecosystems. 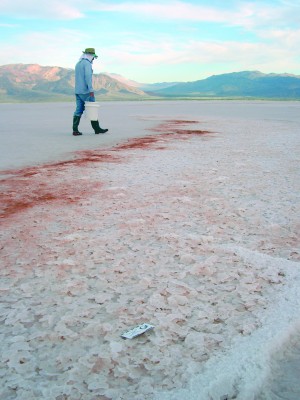