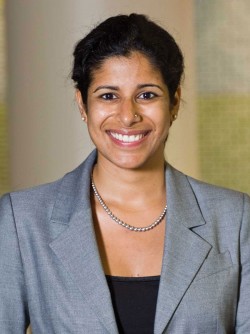 Newswise — BLOOMINGTON, Ind. -- Want to conserve water and save on your utility bill? A paper co-written by an Indiana University researcher and published in the current issue of the journal Environment can help.

"The Water Short List: The Most Effective Actions U.S. Households Can Take to Curb Water Use" describes how households can reduce water use substantially by simple actions such as installing more efficient appliances and changing day-to-day habits involving water consumption. While the suggestions may be familiar, the researchers are the first to put a comprehensive, quantitative estimate on the amount of water savings available to a typical household. They also find that some frequently discussed conservation steps actually consume more water than they save.

"As water availability is expected to become an increasingly urgent issue in the coming decades," they write, "it is heartening to find that substantial reductions in household water use are readily available to U.S. households."

Inskeep and Attari address potential savings of both indoor and outdoor water use, focusing on efficiency improvements though one-time technology upgrades as well as curtailment actions. Drawing on data from the Water Research Association and the U.S. Geological Survey, they estimate indoor water consumption can be reduced by 45 percent through efficiency actions such as installing efficient toilets, washing machines, dishwashers, showerheads and faucets. For example, replacing a standard toilet with a WaterSense-labeled toilet could save a family a whopping 18 percent of the water they consume.

Households can reduce indoor water consumption by 30 percent, they say, by implementing curtailment actions such as reducing toilet flushes by a quarter, only washing full loads of clothes and taking shorter showers.

Outdoor water use can be reduced or nearly eliminated by watering turf grass less often, using a rain barrel or other rain-harvesting system, watering all plants in the morning, replacing cool-season grass with warm-season grass that requires less watering, and installing drip irrigation systems.

Not all water-saving tips actually produce savings. For example, one conservation campaign suggests “washing your face or brushing your teeth while in the shower.” The researchers say it would be far smarter to do those activities at the sink since a typical faucet uses far less water than a showerhead.

The article follows a paper that Attari published in March, which found Americans have little idea how much water is used by various activities. It is based on "The Short List," an influential 2009 Environment article authored by Gerald Gardner and Paul Stern, who analyzed the best ways to reduce energy consumption and address climate change.

Inskeep and Attari note that water availability is a rising concern in the U.S., with many cities expected to face shortages in the 21st century. Americans use an average of 98 gallons of water per day, seven times what's required to meet daily needs. Yet water is cheap, so there's little incentive to conserve. Installing more efficient appliances and fixtures can produce savings, but up-front costs deter many consumers.

Regarding conservation policies, the authors write that "command and control" approaches, such as mandatory water restrictions, can be effective but are typically unpopular. They suggest market-based approaches, such as setting water rates closer to the long-run marginal cost of supply, offering bigger rebates on efficient appliances and providing consumers with more information.

An editorial by Environment executive editor Timothy O'Riordan highlights the Inskeep-Attari article and discusses the relationship between climate change and water availability and the challenges associated with changing behavior when there aren't short-term incentives to do so.