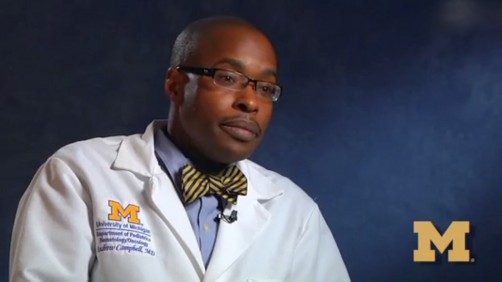 Newswise — Ann Arbor, Mich. – A University of Michigan Health System laboratory study reveals a key trigger for producing normal red blood cells that could lead to a new treatment for those with sickle cell disease.

The study, conducted in mice, appears in this week’s early edition of the Proceedings of the National Academy of Sciences, and holds promise for preventing the painful episodes and organ damage that are common complications of sickle cell disease.

According to the U-M study, increasing the expression of the proteins, TR2 and TR4, more than doubled the level of fetal hemoglobin produced in sickle cell mice and reduced organ damage.

It’s the first time specific proteins have been targeted to prevent a disease, authors say.

“The vast majority of sickle cell disease patients are diagnosed early in childhood when adult hemoglobin normally replaces fetal hemoglobin, but the severity of the disease can differ markedly, correlating most strongly with the level of fetal hemoglobin present in red cells,” says pediatrician and lead study author Andrew D. Campbell, M.D., director of the Pediatric Comprehensive Sickle Cell Program at the U-M Cancer Center.

But a small number of sickle cell patients are born with a high enough fetal hemoglobin level to moderate these complications.

The study team, that included pediatric hematologists, cell and developmental biologists and pathology experts at U-M and the University of Tsukuba, Japan, demonstrated a potential method for boosting the fetal hemoglobin levels by modulating TR2/TR4 expression.

He adds that anemia and red blood cell turnover all improved within the TR2/TR4 mice.

Additional studies, including clinical trials, would be required to determine if the technique could help humans.

“Currently hydroxyurea is the only FDA approved drug known to increase the levels of fetal hemoglobin within sickle cell disease patients and a substantial number of patients do respond to it,” says Campbell, the pediatric hematology oncology specialist. “But the long term consequences for hydroxyurea are unknown, especially in children.”