Brian Millsap explains his research with Cooper's Hawks in Albuquerque. 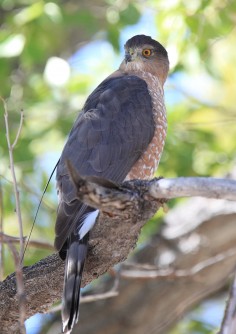 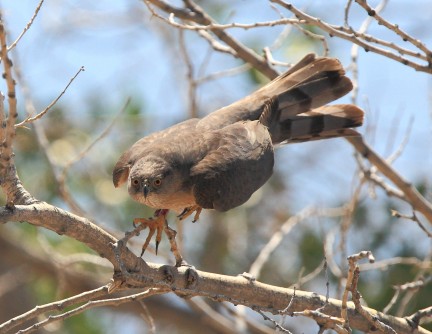 After three years as the national raptor coordinator for the USFWS, the position he still holds today, Millsap decided he wanted to apply his professional knowledge to obtaining his Ph.D. and has been working with NMSU’s Department of Fish, Wildlife and Conservation Ecology’s professor Gary Roemer since 2013.

Focusing their research on New Mexico’s largest urban location, Albuquerque, Millsap and Roemer have been studying the ecology of a relatively new and expanding population of Cooper’s hawks.

“Urban wildlife populations can be ‘sources’ or ‘sinks,’ either reproducing and surviving so well that excess individuals are produced that leave to settle in the surrounding natural areas, or doing so poorly that they need constant immigration from outside to stay viable,” Millsap said. “Our research has focused on the relationship between the urban Albuquerque Cooper’s hawk population and the surrounding natural populations in forests along the Rio Grande and in the nearby conifer woodlands in the Sandia and Manzano mountains.”

Millsap has been engaged in this research since 2011, as a USFWS employee and as a graduate student with NMSU. The publication details the results of this research from 2011-2015 in a 28-square-mile area in northeast Albuquerque, where he monitored the fate of 320 Cooper’s Hawk nests, and tracked survival and movements of 331 banded hawks, 85 of which were equipped with radio transmitters.

The study shows that another bird that colonized urban Albuquerque in the 1980s, the white-winged dove, is an important part of the puzzle, Millsap said. “Because of the proliferation of white-winged doves, the city-dwelling hawks have an abundant year-round food source,” he said. “This turns out to be extremely important, because it allows urban hawks to spend winters in Albuquerque, near their eventual breeding sites. Prey is less common outside the city in winter, and hawks from these areas leave their breeding areas in the fall and migrate south.”

Because the urban hawks do not leave, they have an advantage by settling on nesting territories before the migrants return, and thus without having to compete with them. Urban hawks filled nesting slots in town first, and those not able to settle in town moved into the surrounding countryside and settled there.

Millsap’s research thus far has shown that the urban Cooper’s hawks are displacing their rural counterparts at nests, with “30 times more hawks emigrating out of the urban area than immigrating into it,” he said.

Millsap and Roemer plan to continue their project to determine whether this trend continues, but for now their work shows that urban Cooper’s hawks in Albuquerque are thriving in the city, as well as adding significantly to hawk populations in the surrounding rural areas. 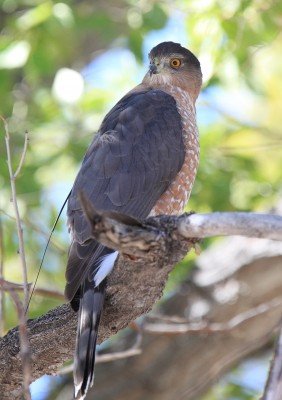 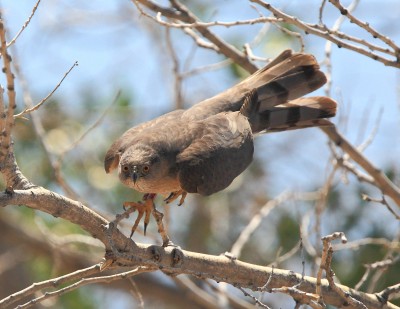