Resolution Solution: How Making a Plan Can Help You Meet New Year’s Goals 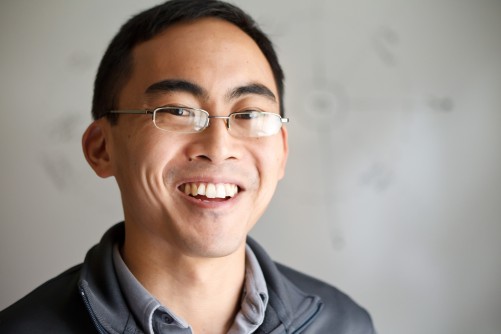 Newswise — When making New Year’s resolutions this year, committing to a specific plan for when and where you are going to accomplish each goal will make you more likely to succeed, says a Wake Forest University psychology professor.

In a recent study published in the Journal of Personality and Social Psychology, Assistant Professor E.J. Masicampo found that committing to a specific plan to accomplish a goal not only makes it more likely to be done, but also gets it off your mind so you can think about other things.

“Once a plan is made, we can stop thinking about that one goal,” says Masicampo, who studies goal setting and will power. “This frees our minds to focus on other tasks or simply enjoy the current moment.”

He describes four essential elements of a successful plan:

1. Specifies exactly what you’re going to do and in what situation (where and when)2. Is under your control and not dependent on someone else’s actions3. Includes specific opportunities to meet the goal in situations likely to occur4. Focuses on a goal you are motivated to accomplish

Most importantly, he says, “You have to picture yourself carrying out your plan. That’s where the power of the plans lie, in imagining yourself completing the tasks.”

Imagining doing something has a similar effect on the brain as really doing it. Since keeping resolutions is often about creating new habits, this gives you a head start on developing the desired behavior.

“It’s all about making a habit out of the goal. A plan is like creating a habit ahead of time,” says Masicampo, “before you have actually done anything.”

This sort of planning works best for less complex goals. He suggests breaking down New Year’s resolutions into steps, so the overall goal can more likely be attained. Someone with a goal to lose weight, for example, should make “if, then” plans for specific situations that can help them accomplish the overall goal. “An ‘if, then’ plan pre-decides how you will act in a given situation,” Masicampo says. For example, if you visit a particular restaurant, then you will order a salad instead of the cheeseburger and onion rings. The plan gives you a cue to act. If you commit to the plan, all you have to do is wait for the cue. When the situation arises, you just do it because you already know what you’re going to do.

“Making a plan is like setting an alarm because you don’t have to think about it until the alarm sounds and then you’ll act.”

A typical person is juggling as many as 15 different goals at one time. Planning makes it possible to stop thinking about one goal until the planned time and place.

“Every time you make a plan, you tether a goal to a future context, and it can stop floating around in your head and distracting you from your other goals,” Masicampo says.

So, with good planning, this may be the year to check more than one New Year’s resolution off the list.