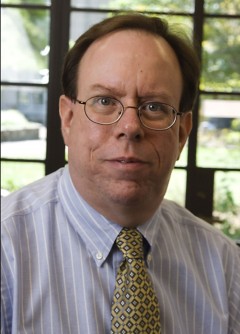 The director of a research center that focuses on legal protection for the media is concerned about repression that restricts news coverage of sensitive issues in the Olympics' host country.

"One concern about how the Olympic Games in Sochi will be covered is whether the Russian government will live up to the language in its media laws," said Anthony Fargo, director of the Center for International Media Law and Policy Studies.

"Although Russia has language in its media laws indicating strong protections for a free press, the government has not been so protective in practice," added Fargo, also an associate professor of journalism. "Already this year, for example, a former editor of a news service in Yekaterinburg was convicted of extortion, fined 300,000 rubles and ordered not to practice journalism for two years, apparently in relation to critical reporting about officials in her community.

"The Organization for Security and Co-operation in Europe has expressed concern several times in recent years about Russia’s failure to protect the press, including situations in which journalists have been assaulted or murdered and the perpetrators have remained free."

Already, a Russian Olympics official has said that social media would be banned at the 2014 Games, but Olympic Committee members quickly overruled him.

"It will also be interesting to see how the Russian government reacts should any of the reporting by Western media criticize Russia’s official anti-gay stance or appear to violate Russia’s anti-gay policies," Fargo said.