In this year’s Super Bowl, many players with the Green Bay Packers and Pittsburgh Steelers may decide to “gut it out” and do whatever they can to play in the big game, in spite of pain from injuries. But a new study from researchers at Washington University School of Medicine in St. Louis has found that there’s a price for such heroism, namely the use and misuse of pain-killing drugs called opioids. Jim Dryden has more... 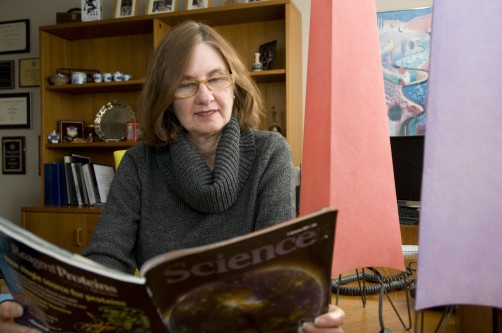 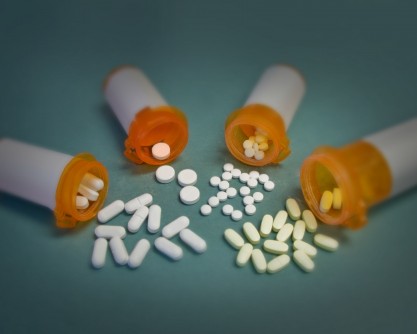 Newswise — Retired NFL players use painkillers at a much higher rate than the rest of us, according to new research conducted by investigators at Washington University School of Medicine in St. Louis.

The researchers say the brutal collisions and bone-jarring injuries associated with football often cause long-term pain, which contributes to continued use and abuse of painkilling medications.

The study is published online in the journal Drug and Alcohol Dependence. It involved 644 former NFL players who retired from football between 1979 and 2006. Researchers asked them about their overall health, level of pain, history of injuries, concussions and use of prescription pain pills.

The study found that 7 percent of the former players were currently using painkilling opioid drugs. That’s more than four times the rate of opioid use in the general population. Opioids are commonly prescribed for their analgesic, or pain-relieving, properties. Medications that fall within this class of drugs include morphine, Vicodin, codeine and oxycodone.

“We asked about medications they used during their playing careers and whether they used the drugs as prescribed or whether they had ever taken them in a different way or for different reasons,” says principal investigator Linda B. Cottler, PhD, professor of epidemiology in psychiatry at Washington University. “More than half used opioids during their NFL careers, and 71 percent had misused the drugs. That is, they had used the medication for a different reason or in a different way than it was prescribed, or taken painkillers that were prescribed for someone else.”

Cottler, director of the Epidemiology and Prevention Research Group in the Department of Psychiatry, says it’s not clear from the study whether retired players became dependent on the drugs. What is clear from the survey, she says, is that retired NFL players continue to live with a lot of pain.

“The rate of current, severe pain is staggering,” she says. “Among the men who currently use prescription opioids — whether misused or not — 75 percent said they had severe pain, and about 70 percent reported moderate-to-severe physical impairment.”

“Many of these players explained that they didn’t want to see a physician about their concussions at the time,” says Simone M. Cummings, PhD, a senior scientist in psychiatry who conducted phone interviews with the former players. “These men said they knew if they reported a concussion, they might not be allowed to play. And if you get taken out of a game too many times, you can lose your spot and get cut from the team.”

She says players with suspected-but-undiagnosed concussions reported they borrowed pills from teammates, friends or relatives to treat the pain themselves, thus misusing opioids in an attempt to remain in the NFL. Although 37 percent of the retired players reported that they had received opioids only from a doctor, the other 63 percent who took the drugs during their NFL careers admitted that on occasion they got the medication from someone other than a physician.

“So these men are at elevated risk for potential overdose,” she says. “They reported more than 14 drinks a week, and many were consuming at least 20 drinks per week, or the equivalent of about a fifth of liquor.”

The ESPN sports television network commissioned the study, which also was funded by the National Institute on Drug Abuse. The ESPN program “Outside the Lines” spoke informally to many retired players about their use of painkillers. One reported taking up to 1,000 Vicodin tablets per month. Another reported ingesting 100 pills per day and spending more than $1,000 per week on painkillers.

Former St. Louis Rams offensive lineman Kyle Turley said in a statement to ESPN that he knew of many players who took drugs to help them deal with the pain inflicted by the injuries they sustained in the NFL.

“I know guys that have bought thousands of pills,” Turley said. “Tons of guys would take Vicodin before a game.”

The researchers say offensive linemen had particularly high rates of use and misuse of opioids.

“The offensive linemen were twice as likely as other players to use or misuse prescription pain medicines during their NFL careers,” Cottler says. “In addition, this group tends to be overweight and have cardiovascular problems, so they represent a group of former players whose health probably should be monitored closely.”

In fact, Cottler says it would be a good idea to continue monitoring everyone who has played in the NFL. She says this study revealed that some 47 percent of retired players reported having three or more serious injuries during their NFL careers, and 61 percent said they had knee injuries. Over half, 55 percent, reported that an injury ended their careers.

“These are elite athletes who were in great physical condition when their playing careers began,” she says. “At the start of their careers, 88 percent of these men said they were in excellent health. By the time they retired, that number had fallen to 18 percent, primarily due to injuries. And after retirement, their health continued to decline. Only 13 percent reported that they currently are in excellent health. They are dealing with a lot of injuries and subsequent pain from their playing days. That’s why they continue to use and misuse pain medicines.”