6-Feb-2019 10:05 AM EST, by University of Virginia Darden School of Business
favorite_border 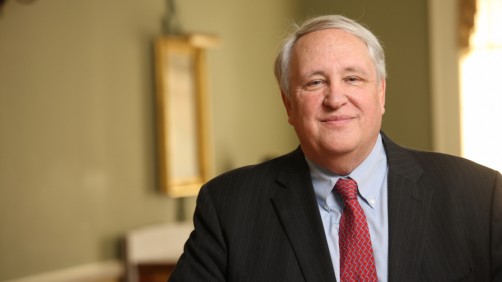 Newswise — Offering an economic forecast in the calmest of times is no easy task. Offering one in 2019, when it often feels like “Crazy Land in the world economy,” as University of Virginia Darden School of Business Professor Alan Beckenstein recently described the current landscape, is a particularly fraught business.

Despite rampant global uncertainties, Beckstenstein offered his annual economic forecast in late January, painting a portrait of a U.S. economy that should offer continued strength in the near-term but remains vulnerable to a variety of potential shocks to the system.

“I said last year that based on what I thought the Fed would do, we would have a 50 percent probability of a recession in the second half of [2019],” Beckenstein said. “Now I’m pushing it back because the tax bill is still having short-term influence, but the risk factors for shocks are huge.”

While potential shocks to the U.S. economy are numerous, Beckenstein said the “big picture” forces creating a world economy that appears especially vulnerable to disruption include:

The U.S. economy and capital markets have benefited from stimulating events and policy for nearly a decade, Beckenstein said, and as unnaturally low interest rates began to recede, at some point the economy will rise and fall on its fundamentals. Moreover, the likely increase in federal debt stemming from the tax reforms in 2017 will be costly to service and likely cause large deficits for the foreseeable future.

Beckenstein predicted continued volatility in the equity markets, with at least a 3,000 point spread between the Dow Jones Industrial Average’s high and low. The same measurement in rocky 2018 exceeded 5,000.

Beckenstein also offered a report card on his January 2018 predictions. His predicted 2.6 percent real GDP growth from the fourth quarter of 2017 through the third quarter of 2018 was a bit shy of the 3.0 percent actual. His prediction of core inflation of 1.9 percent was just shy of the 2.2 percent actual, and his prediction of an average unemployment rate of 4.0 percent was slightly higher than the actual 3.9 percent.

Beckenstein was joined by Fort Washington Investment Advisors Senior Vice President and Chief Economist and Darden lecturer Nick Sargen, who pegged the dramatic stock sell-off in the fourth quarter of 2018 to the Trump administration’s plans to expand tariffs on Chinese goods and the president’s claim that he was “a tariff man.”

“The market was not priced for that, and that became the key concern for the market,” Sargen said.

Other factors behind the Q4 slowdown, according to Sargen, included:

In the New Year, Sargen said continued growth in the U.S. economy and equity markets will depend in large part on:

There is significantly less clarity on how strong the Chinese economy is and what a slowdown in the world’s second-largest economy could mean for the world’s economy, however. China’s economy is slowing due to both trade barriers and structural factors, Sargen said, with productivity declining and labor costs rising.

The economist predicted no imminent long-term solution to the trade dispute between the U.S. and China, with the likeliest scenario being some sort of “kicking the can down the road.”

“If it was an easy issue, it would have been solved by now,” Sargen said. “These are tough issues to resolve.”

Some sort of comprehensive resolution to the trade dispute would be a surprise story with upside for the global economy and equity markets, Sargen said.

Sargen said there was too much momentum for a U.S. recession in 2019, but the bumpy ride of the recent months was likely to continue, particularly as an era of one-party governing in the country gives way to increased gridlock in Washington, D.C.