New System Will Help Predict Time until Transplant or Dialysis 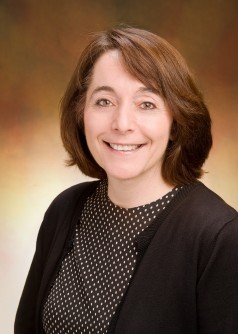 Susan L. Furth, MD, is Chief of Nephrology at Children's Hospital of Philadelphia

--New System Will Help Predict Time until Transplant or Dialysis--

Newswise — Philadelphia, April 10, 2018–-Experts in pediatric kidney disease have published a new staging system to help doctors better predict the length of time until a child with chronic kidney disease (CKD) will need to undergo a kidney transplant or start receiving dialysis. Although this type of prognostic guide exists for adults, this is the first such tool specific to children.

“We designed a clinically useful, data-driven tool for doctors and nurses to advise parents and plan treatment, based on when a child’s kidney disease is likely to progress to the need for transplant or dialysis,” said study leader Susan L. Furth, MD, Chief of Nephrology at Children’s Hospital of Philadelphia (CHOP).

Furth and colleagues published their study today in the American Journal of Kidney Diseases.

Healthcare providers currently rely mainly on their own clinical experience to estimate when their patients’ condition will progress to end-stage renal disease. “Having the proper amount of lead time is important,” said Furth. “One key factor is evaluating living donors who intend to donate one of their kidneys for transplant.” The donor’s workup needs to be current, within a year of the transplant, stressed Furth. After a year, another full workup is necessary.

The study team concluded that a combination of three factors provide the best predictors for estimating disease progression: glomerular filtration rate (which measures how efficiently the kidney filters waste products from the blood), proteinuria (the presence of protein in the urine), and whether the CKD is caused by a glomerular or nonglomerular etiology. In glomerular kidney disease, inflammation in the glomeruli, the kidney’s filtration units, impairs normal filtration. In nonglomerular disease, more common in children than adults, structural abnormalities or inherited conditions disrupt kidney function.

Each group carries an approximate time estimate of how soon a patient will progress to the need for renal replacement therapy (RRT)—either kidney transplant or dialysis. (In children, more so than in adults, dialysis is usually considered a temporary bridge until a transplant can be done.)

For instance, the median time period from baseline to RRT ranges from over 10 years for the lowest-risk group to about nine and a half months for the highest-risk group.

The new stages, said Furth, are not intended to affect how patients are ranked on organ donation lists, but instead offer a new tool to assist clinical decision-making, and to provide families a better sense of their child’s kidney disease timetable. She added, “Follow-up studies in other patient cohorts should be done to validate this tool, but this provides a risk continuum system that we didn’t have before.”

Funding for the CKiD and ESCAPE studies that informed this research came from the National Institutes of Health (DK66143, DK66174, DK082194, and DK66116), the Boehringer Ingelheim Stiftung, the European Commission, the Kuratorium für Dialyse und Nierentransplantation, and the Baxter Extramural Grant Program.