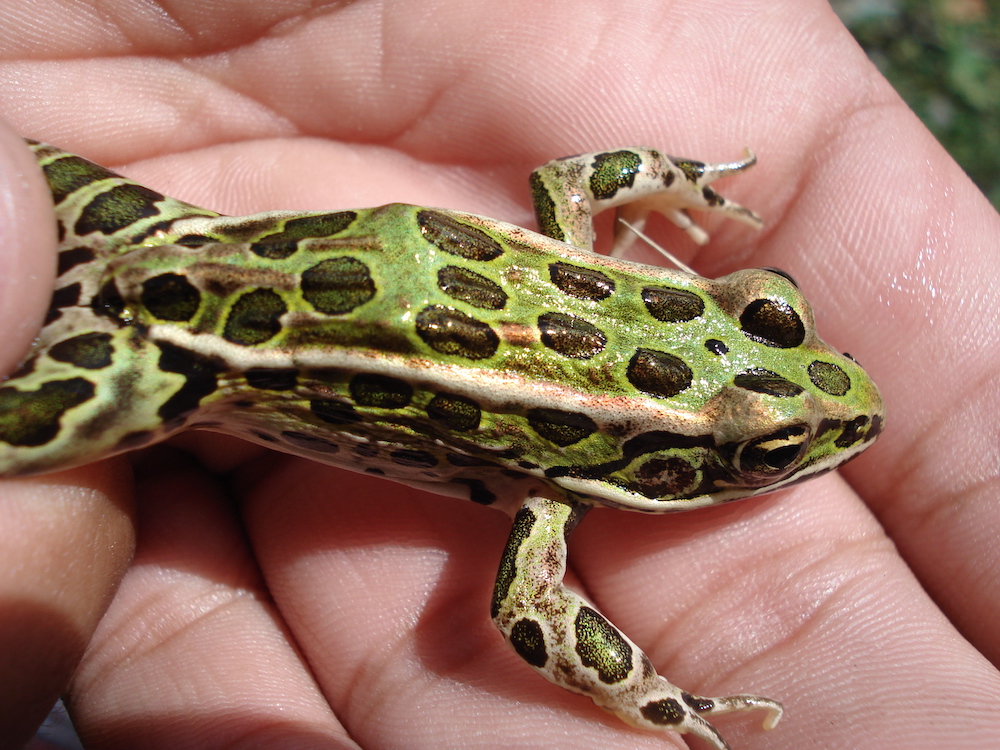 Newswise — BINGHAMTON, N.Y. − The combined effects of chemical contamination by road salt and invasive species can harm native amphibians, according to researchers at Binghamton University, State University of New York.

During the winter, Binghamton and similar areas throughout the United States use a lot of salt to clear icy roads, but what effect does it have on wildlife? George Meindl, visiting assistant professor of environmental studies at Binghamton University, worked with a team of undergraduate students in his plant ecology course to examine how water chemistry changes due to invasive plant leaf litter leachates and road salt, and how it influences the development and survival of the native Northern leopard frog, Lithobates pipiens, and the non-native African clawed frog, Xenopus laevis.

Recently, there has been widespread chemical alteration of natural environments due to human activity, especially with the use of road salt. While road salt is commonly used to keep roads safe during the winter months, it also has negative effects on the surrounding environment and animals, according to Meindl’s research. Aquatic ecosystems, where frogs tend to reside, are especially susceptible to chemical changes, including those caused by road salt runoff and invasive plant species.

“People are changing natural environments in many ways, so it is important that we understand how these changes affect wild populations of plants and animals, in order to better protect them,” Meindl said. “Using natural areas on campus, my students and I can ask how people are altering natural ecosystems, and then think of better management strategies to make sure these places aren’t completely degraded.”

To test the environmental effects, researchers exposed the frog eggs to metal treatment solutions (i.e., calcium, potassium and manganese), which mimicked documented differences between native and invasive wetland plant species’ leaf tissues. Researchers first measured the amount of time it took for the eggs to hatch in solutions representing native and invasive plant leachates, and then they exposed the tadpoles to a lethal concentration of sodium chloride and recorded tadpole survival.

Meindl and his students chose to focus on the native Northern leopard frog and the non-native African clawed frog for this research to determine whether the salt tolerance of native and non-native animals was differently affected by environmental changes caused by invasive plants.

However, invasive species and road salts aren’t the only factors causing negative environmental effects, Meindl said. He hopes that the results from this study will influence people to focus more on the safety of the environment and the steps they can take to improve it.

“Invasive species and road salts are just some of many ways that people are modifying the chemistry of the environment, along with extraction and burning of fossil fuels, plastic pollution, disposal of pharmaceuticals, excessive fertilizer use, etc.,” Meindl said. “A great challenge is understanding how all of these stressors affect the natural environment, and then using this information to guide policy development that protects our planet’s natural resources. Studies like this will help to generate data that can guide more responsible resource use and behavior by people.”