Robert Krumlauf Elected to the National Academy of Sciences 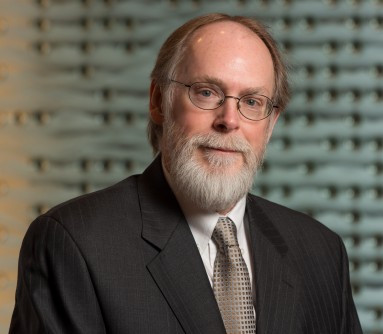 Newswise — KANSAS CITY, MO - The Stowers Institute for Medical Research is pleased to announce that Scientific Director and Investigator Robert Krumlauf, Ph.D., has been elected a member of the National Academy of Sciences (NAS) for his distinguished and continuing achievements in original scientific research. Membership in the NAS is considered one of the highest honors given to a scientist in the United States. Krumlauf will be inducted into the NAS next April during its 154th annual meeting in Washington, D.C.

A world-renowned developmental biologist, Krumlauf was among the first to insert genes into the mouse genome to create “transgenic” mice that mimic human development. His seminal work involves a set of genes called homeobox genes, which control the layout of a developing embryo. Krumlauf found that mammalian homeobox genes cluster next to one another on the chromosome and that the order of genes on the chromosome matches the order of their expression in the embryo. Today, he also studies the molecular and cellular pathways that govern the patterning of the nervous system, the establishment of the basic body plan, and craniofacial development of vertebrate embryos, particularly how these processes are altered or affected in human diseases.

Krumlauf received his B.E. in chemical engineering from Vanderbilt University and his Ph.D. in developmental biology from Ohio State University. He joined the Stowers Institute in 2000 from England’s National Institute for Medical Research at Mill Hill, London, now a part of the Francis Crick Institute, where he was head of the Division of Developmental Neurobiology. Krumlauf holds secondary faculty appointments at the University of Missouri at Kansas City Dental School and the University of Kansas Medical Center Department of Anatomy and Cell Biology. He is also a Fellow of the American Academy of Arts and Sciences.

"The Stowers Institute is proud of Robb’s accomplishments not only as a world-class researcher but also as our scientific director," says David Chao, president and CEO of the Stowers Institute for Medical Research. “Those of us who have had the privilege of working closely with Robb have seen firsthand the amazing breadth and depth of his scientific knowledge and research; his selfless dedication to mentoring, training and education; and his unwavering commitment to the Institute and its members. We are delighted that the members of the esteemed National Academy of Sciences have now honored Robb with his election to its membership."

Krumlauf views his election to the NAS as a tribute to the many mentors and institutions that have supported him during his career. “I am delighted and feel truly honored to be elected to this prestigious scientific society. I believe it recognizes the contributions and research of all the wonderful people I have been fortunate to work with over many years.”

About the National Academy of Sciences

The National Academy of Sciences is a private, nonprofit honorific society of distinguished scholars engaged in scientific and engineering research, dedicated to the furthering of science and technology and to their use for the general welfare. The NAS has served to "investigate, examine, experiment, and report upon any subject of science or art" whenever called upon to do so by any department of the government. For more information, or for the full list of newly elected members, visit http://www.nasonline.org/site/PageServer.

The Stowers Institute for Medical Research is a non-profit, basic biomedical research organization dedicated to improving human health by studying the fundamental processes of life. Jim Stowers, founder of American Century Investments, and his wife Virginia opened the Institute in 2000. Currently the Institute is home to nearly 500 researchers and support personnel, over 20 independent research programs, and more than a dozen technology development and core facilities. Learn more about the Institute at www.stowers.org and about its graduate program at www.stowers.org/gradschool.