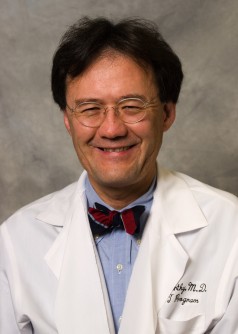 Newswise — BUFFALO, NY — Data from the first large U.S. study assessing the effectiveness of long-term “maintenance” therapy with lenalidomide for patients with multiple myeloma show that the drug significantly improves the time to progression and overall survival for patients with this often-deadly hematologic cancer. In a paper published May 10 in the New England Journal of Medicine, Roswell Park Cancer Institute (RPCI) Professor of Oncology Philip L. McCarthy, MD, and co-authors report that lenalidomide (Revlimid), following induction therapy and hematopoietic stem-cell transplant, reduced patients’ risk of disease progression to 20%, compared to 44% disease progression in the placebo arm.

Dr. McCarthy, who is also Director of RPCI’s Blood & Marrow Transplant Program, was the Principal Investigator of the study, Cancer and Leukemia Group B (CALGB) 100104, a phase III randomized, double-blind, placebo-controlled clinical trial that opened in April 2005 and enrolled patients from 47 U.S. transplant centers.

Among 460 patients aged 18 to 70 (median age 59), 321 were randomly assigned to the lenalidomide arm, and 229 to the placebo group. All participants had received prior autologous hematopoietic stem-cell transplantation and had stable (non-progressing) disease. The participants’ assignments and responses to date were unblinded in December 2009 when the primary endpoint of the study (time to disease progression) showed a statistically significant difference between the two study groups. After January 2010, 86 of 128 eligible patients crossed over from the placebo arm to the active arm.

The researchers found that the therapy extended the time to disease progression by 19 months overall, even with the majority of placebo patients without progression crossing over to lenalidomide. The treatment was fairly well-tolerated — particularly as compared to other treatments for multiple myeloma, such as thalidomide. There was more hematologic toxicity, particularly neutropenia, in the lenalidomide group. When the study data was analyzed again in October 2011, at a median follow-up of 34 months, 37% of participants receiving lenalidomide had disease progression or had died, compared to 58% of those in the placebo group.

“These findings fill a gap that existed previously in terms of data on whether maintenance therapy with lenalidomide prolongs the time to disease progression after initial therapy. We now have evidence that it does, in this and the two other lenalidomide studies that are presented in this issue of the Journal,” said Dr. McCarthy. “This shows that patients with multiple myeloma now have options for prolonging the response to initial therapy. The next steps will be trying to improve on these responses by adding new agents that may prove even more effective in combination with lenalidomide following transplant.”

The team’s research was funded by a grant (NCT00114101/CCSG No. 016056) from the National Cancer Institute (NCI) and conducted by the Alliance for Clinical Trials in Oncology (formerly Cancer and Leukemia Group B, or CALGB).

“The results of CALGB 100104 ultimately show that the long-term administration of lenalidomide is feasible,” said Monica M. Bertagnolli, MD, Chief of the Division of Surgical Oncology at Brigham and Women’s Hospital, Professor of Surgery at Harvard Medical School, and Group Chair of the Alliance for Clinical Trials in Oncology. “This positive outcome brings us closer to providing better treatment for patients with multiple myeloma. Additionally, this trial demonstrates the benefits of cooperative group research where patients participating in clinical trials help lead the way to important discoveries.”

Dr. McCarthy follows in the footsteps of his grandfather and father with this publication in the NEJM. His grandfather, Francis P. McCarthy, a pathologist, and father, Philip L. McCarthy Sr., a dermatologist, co-wrote two articles published in the Journal: a paper on diseases of the mouth, in 1954, and a review of oral medicine in 1955.

About the Alliance for Clinical Trials in OncologyThe Alliance for Clinical Trials in Oncology is a national clinical trials network sponsored by the National Cancer Institute that consists of a network of nearly 10,000 cancer specialists at hospitals, medical centers, and community clinics across the country and Canada. The Alliance is dedicated to developing and conducting clinical trials with promising new cancer therapies, and utilizes the best science to develop optimal treatment and prevention strategies for cancer, as well as researching methods to alleviate side effects of cancer and cancer treatments. To learn more about the Alliance, visit www.alliance-website.org.

About Roswell Park Cancer InstituteThe mission of Roswell Park Cancer Institute (RPCI) is to understand, prevent and cure cancer. RPCI, founded in 1898, was one of the first cancer centers in the country to be named a National Cancer Institute-designated comprehensive cancer center and remains the only facility with this designation in Upstate New York. The Institute is a member of the prestigious National Comprehensive Cancer Network, an alliance of the nation’s leading cancer centers; maintains affiliate sites; and is a partner in national and international collaborative programs. For more information, visit RPCI’s website at http://www.roswellpark.org, call 1-877-ASK-RPCI (1-877-275-7724) or email askrpci@roswellpark.org. 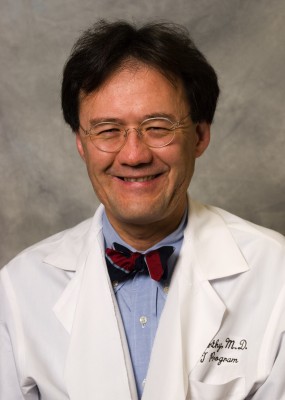