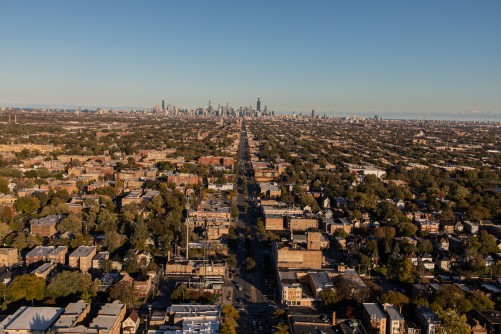 Newswise — For nearly 150 years, Rush University Medical Center has helped make people healthier by providing world-class health care. As clinical research has made increasingly clear, however, factors other than genetics and lifestyle choices have a major impact on health. Pervasive social issues such as poverty, lack of access to quality education, systemic racism and unemployment contribute to many illnesses — including diabetes, asthma, cardiovascular disease and depression — that shorten the lives of people who live in urban areas like those that surround the Medical Center’s campus.

As the largest non-governmental employer on Chicago’s West Side and a hospital with deep, longtime roots in the community, Rush is well-positioned to address these social and structural determinants of health. The Medical Center employs more than 9,700 people and spends more than $557 million on goods and services each year.

During its 2017 fiscal year, Rush crafted its Anchor Mission strategy: a plan to align those resources to improve health in nine West Side neighborhoods that are home to nearly 500,000 people. Instead of just treating the illnesses that arise from inequities, Rush is working to create healthier communities — in part by making sure that its economic power helps to boost the economic vitality of neighborhoods where poverty is concentrated.

As a hospital, we were organized to heal and prevent suffering,” says David Ansell, MD, Rush’s senior vice president for community health equity. “Our healing now has to extend to neighborhoods and the root causes of inequity.”

Shaping and sharing a useful playbook

According to experts, Rush is a national leader of the anchor mission movement that’s taking shape among health systems. “The comprehensiveness of Rush’s approach is what’s novel,” says David Zuckerman, who directs health care engagement at the Democracy Collaborative, a research and advisory nonprofit with offices in Cleveland, Ohio and Washington, D.C. Zuckerman organized the nationwide Healthcare Anchor Network collaborative, of which Rush was a co-founder.

Many health systems have taken on one or two of the commitments Rush has made, Zuckerman explains, but Rush is “the first example I can point to of a system that was all-in on these strategies in a comprehensive, intentional way — and put internal infrastructure in place to support them. Elevating Rush’s anchor work to an institutional priority has helped other organizations see this as a real strategy rather than as a couple of projects here and there.”

To share what it learned in the process of developing the strategy, Rush released an Anchor Mission Playbook — a roadmap of how the organization examined its operations and collaborated with local and national experts as well as Chicago-based nonprofits that also focus on building sustainable, healthy communities.

Zuckerman says that the Rush playbook is a candid, useful guide that has inspired other health systems to create similar documents. “The playbook took anchor mission work from the 10,000-feet level to something really practical,” he says — with actionable ideas around Rush innovations such as convening West Side United, a collaboration among Chicago health care institutions, civic leaders and community residents to address health disparities. It also provides some frank truths about realistic expectations organizations need to have (for example, recognizing that not all nonprofit partners are aligned or move at the same pace).

A bus ride across a 16-year gap

Sharing its process, learnings and results has positioned Rush as a national anchor mission leader. In August, 35 executives attending the Academy of Management (AOM) annual meeting in Chicago climbed aboard a bus for a tour led by Rush’s Andy Garman, PsyD, professor of health systems management, and Shweta Ubhayakar, MS, manager of anchor mission initiatives. The group was headed to lunch at Inspiration Kitchens, a restaurant and catering company that provides job training, housing and social services to people who are affected by homelessness and poverty.

AOM’s meeting this year focused on the theme “Improving Health and Well-being in Society: How Can Organizations Help?” The bus tour participants were looking to Rush for answers to that question as they heard about Rush’s work to shrink the 16-year life expectancy gap between the neighborhoods at the two ends of their trip.

In addition to leading the AOM bus tour, members of the Rush anchor mission team have shared the strategy and playbook with large audiences at meetings of the Association for Community Health Improvement (part of the American Hospital Association), the Association of American Medical Colleges, the CleanMed sustainability conference and the Healthcare Anchor Network. In October, they brought their message to a global audience, presenting in Brisbane, Australia, at the World Hospital Congress of the International Hospital Federation.

Snapshots of the Anchor Mission Strategy in action

In fiscal year 2018, Rush began to measure its progress in each of the Anchor Mission Strategy’s five focus areas. The following are a few highlights from year one and glimpses of what’s ahead for the rest of Rush’s 2019 fiscal year.

The Rush team has learned a number of valuable lessons on the way to these accomplishments, says Ubhayakar, and freely shares tips and best practices with peers nationwide.

"When we joined the Healthcare Anchor Network three years ago, all of this was brand-new," she explains, "but now we're often asked to present at network meetings" about Rush innovations such as creating a full-time role for a manager of anchor mission initiatives. And in monthly conference calls, the team fields questions from other hospitals about how they’ve implemented processes and accountability in areas such as procurement and hiring. "We're learning as we go, and we’re not the experts yet, but we’re happy to share whatever we can to help other organizations build their own anchor mission strategies," she says.