Rush Named One of the World’s Top Young Universities

Ranked No. 1 in the U.S. in Times Higher Education List 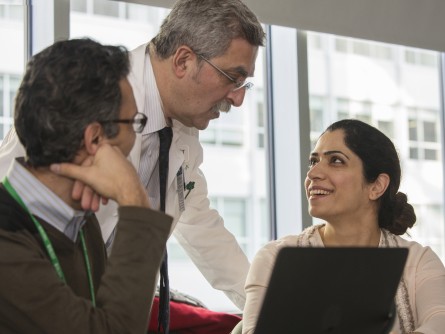 Newswise — Rush University is ranked 22nd on the Times Higher Education’s (THE) 2016 list of the world’s top 150 universities under 50 years of age, placing it No. 1 among all such institutions in the United States. The rankings were released April 6.

Rush leads a group of five U.S. institutions that made the list.

THE’s 150 Under 50 rankings are based on the following methodology:

•Thirteen performance indicators that make these the only world rankings to examine all the core missions of the modern global university: research, teaching, knowledge transfer and international activity

•The world’s largest invitation-only academic reputation survey (including responses from more than 10,000 senior academics in 2014-15)

•Arts, humanities and social sciences placed on an equal footing with science

"We are honored to be recognized for our commitment to preparing practitioners and leaders in health care,” said Dr. Larry Goodman, president of Rush University and CEO of Rush. “Our students benefit from the Rush University practitioner-teacher model of integrating patient care, research, scholarship and service into the teaching-learning process. It is gratifying to know that the excellent work being done by our faculty, staff and students has been recognized worldwide.”

The 150 Under 50 Rankings were announced at a summit celebrating young universities. Leaders in higher education are attending the Young Universities Summit, held at Pompeu Fabra University in Barcelona from April 5-7, to address how young institutions are challenging the traditional elites.

Rush University was founded in 1972 and has expanded from one college and fewer than 100 students to four colleges and an all-time high of 2,457 students in academic year 2014-15. It includes Rush Medical College, the College of Nursing, the College of Health Sciences and the Graduate College.

In addition, a global assessment of universities in March found that Rush University ranked third worldwide in ratio of faculty members to students, an indicator of faculty accessibility and overall educational quality.