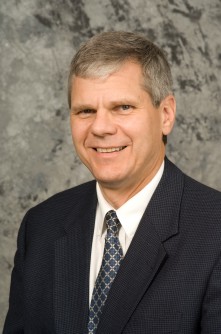 Russia's aggressive response to the public uprising and change of leadership in Ukraine is disturbing but not surprising, says Robert Kravchuk, a professor in the Indiana University School of Public and Environmental Affairs and an expert on Ukraine.

Russia sees Ukraine, and not just Crimea, as important both strategically and culturally, he said. It is "the cradle of Russian civilization" and a neighboring country where many ethnic Russians live and the Russian language is widely spoken.

Kravchuk says Russian President Vladimir Putin signaled with the 2008 invasion of Georgia that Russia wouldn't hesitate to use force to protect its interest in neighboring states. A key question, he adds, is how the United States and other Western countries will respond.

"It should be an important objective of U.S. foreign policy to deny Russia Ukraine," he said.

Kravchuk lived in Ukraine for two years in the 1990s, working for the U.S. Treasury Department and advising the government. He has written three books and numerous journal articles about Ukraine and its history, economy and governance. He made several points about the current situation:

-- The protests that drove President Viktor Yanukovych from office were disciplined and strategic. Protesters kept their composure even when police fired on the crowds and dozens were killed. “This is the first time there has been a broad-based movement where Ukrainians stood up for their rights. This was really quite meaningful. It wasn’t just a mob out there in the streets.”

-- While ethnic and language factors play a role in the political division of Ukraine, the split that matters is between the approximately two-thirds of the people who look to the West as a source of inspiration and the one-third who look to Russia.

-- Millions of Ukrainians died between 1930 and 1945 from famine, Soviet repression and World War II, and the memory of that era produced a “bedrock consensus” that political violence should be avoided. “This consensus was broken at some point,” he said. “People had enough.”