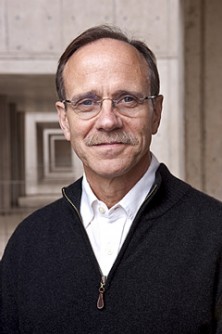 Newswise — LA JOLLA-The Salk Institute today announced that Rusty Gage, Salk professor in the Laboratory of Genetics, has been selected as one of five recipients of the Paul G. Allen Family Foundation’s Allen Distinguished Investigator (ADI) program and will be awarded $1.5 million to conduct his research. These researchers have projects aimed at uncovering the elusive biological foundations of Alzheimer’s disease. The projects are funded at a total of $7 million over three years.

Alzheimer’s disease is the sixth leading cause of death in the United States, impacting an estimated 5.3 million Americans. Currently, someone develops Alzheimer’s every 67 seconds, with that number projected to grow to every 33 seconds by 2050.

Despite widespread research into treatments for Alzheimer’s disease, there is a staggering 99.6 percent failure rate in clinical trials to bring new treatments to market.

“We cannot hope to fight Alzheimer’s until we understand the basic biology that underlies the onset and progression of disease,” says Tom Skalak, executive director for Science and Technology for the Paul G. Allen Family Foundation. “The Allen Distinguished Investigator projects will provide crucial fresh direction in Alzheimer’s disease research, in part because they include team member perspectives both from within and outside the Alzheimer’s field. We know that these kinds of creative, cutting-edge projects will produce new diagnostics, treatments or even cures for this devastating disease.”

Gage, who is the Vi and John Adler Chair for Research on Age-Related Neurodegenerative Disease, studies the underlying cellular and molecular mechanisms of neurogenesis and neurodegeneration to develop avenues to repair damaged or aging brains, such as in Alzheimer’s. The goal of Gage’s research effort with this award is to separate out the role of aging from the role of disease in Alzheimer’s disease progression. Gage will use cutting-edge cell culture methods capable of developing patient-specific neurons, as well as high-throughput RNA sequencing and bioinformatics analysis, to compare changes in gene expression due to age with changes specific to Alzheimer’s disease. Since both aging and disease impact neuron function, synapses and network function, this work will provide valuable insights into the role of normal aging in disease progression.

Through the ADI program, the Paul G. Allen Family Foundation seeks to open new frontiers in science by supporting early-stage research that incorporates novel, creative and ambitious approaches with the potential to reinvent entire fields. The call for proposals in Alzheimer’s research focused on generating insight into the basic biological foundations of Alzheimer’s, with an emphasis on cell biology, and called for multidisciplinary teams that included researchers with a background in Alzheimer’s paired with scientists who bring fresh perspectives from outside the field.

About the Salk Institute for Biological Studies:The Salk Institute for Biological Studies is one of the world's preeminent basic research institutions, where internationally renowned faculty probes fundamental life science questions in a unique, collaborative and creative environment. Focused both on discovery and on mentoring future generations of researchers, Salk scientists make groundbreaking contributions to our understanding of cancer, aging, Alzheimer's, diabetes and infectious diseases by studying neuroscience, genetics, cell and plant biology and related disciplines.

About The Paul G. Allen Family FoundationLaunched by Microsoft co-founder and philanthropist Paul G. Allen and Jody Lynn Allen in 1988, the Allen family’s philanthropy is dedicated to transforming lives and strengthening communities by fostering innovation, creating knowledge and promoting social progress. Since inception, the Foundation has awarded $575 million to more than 1,500 nonprofit groups to support and advance their critical charitable endeavors in the Pacific Northwest and beyond. The Foundation’s funding programs nurture the arts, engage children in learning, address the needs of vulnerable populations, advance scientific and technological discoveries, and move new knowledge to global impact that creates economic growth and societal benefit. For more information, go to www.pgafamilyfoundation.org.