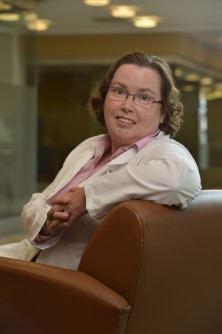 Newswise — New Brunswick, N.J., August 28, 2014 – The remodeling of a kitchen or bathroom changes the appearance of the room and improves its functionality. As investigators at Rutgers Cancer Institute of New Jersey and Rutgers and Princeton Universities have demonstrated, a similar concept comes into play in remodeling proteins found within a family of cancers that does not respond well to cancer-treating drugs -- cancers driven by what is known as activated Ras.

According to the National Cancer Institute, more than a third of all human cancers are driven by mutations in the Ras family of genes. When Ras is activated, it promotes tumor growth but also activates autophagy which helps to sustain that growth. These cancers remodel proteins using the cellular self-cannibalization process known as autophagy to capture and degrade intracellular proteins and protein-containing organelles. Since Ras-driven cancers often rely on autophagy for growth and survival, this raised the question: Is proteome remodeling by autophagy important, and if so, by what mechanism?

This question was answered in research published in the current online edition of Molecular Cell (doi: 10.1016/j.molcel.2014.07.019), by senior author Eileen White, PhD, associate director for basic science at the Cancer Institute of New Jersey, and colleagues. They compared the global proteome (all of the expressed proteins) of Ras-driven cancer cells where autophagy was present to those where autophagy was deficient.

In this latest study researchers found that autophagy affects a majority of the proteins in Ras-driven cancers, yet the process is highly selective as to which proteins are targeted. For instance, investigators found that autophagy eliminates proteins involved in non-essential pathways or those deemed toxic under stressful conditions. Meanwhile, autophagy-resistant proteins involved in pathways needed for stress survival and autophagy maintenance were spared. The authors say these sets of proteins can serve as biomarkers for monitoring autophagy in the clinical setting. The study also revealed that defects in the autophagy process caused accumulation of certain proteins that prompted activation of an immune response in cancer cells and led to cell death.

“This remodeling process of the cell proteome by autophagy is an important immune-suppressive survival mechanism for Ras-driven cancers, and inhibiting autophagy can provide a means to target these aggressive cancers,” notes White, who is also a distinguished professor of molecular biology and biochemistry at Rutgers School of Arts and Sciences.