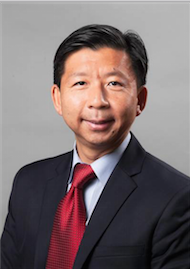 Newswise — XinQi Dong, a professor of Medicine, Nursing and Behavioral Sciences at the Rush University Medical Center and the Associate Director of the Rush Institute for Healthy Aging, has been named director of Rutgers University’s Institute for Health, Health Care Policy and Aging Research (IFH). In addition to the institute directorship, Dong will serve as the inaugural Henry Rutgers Professor of Population Health Sciences. He will begin April 1, 2018.

Dong, a renowned population epidemiologist and health services researcher, has been a strong advocate for advancing population health issues in under-represented communities worldwide. He has leveraged the principles of community-based participatory research to conduct multiple large-scale longitudinal population-based studies in the United States and China aimed to investigate the intersections of violence, resilience and health outcomes.

Dong’s research and advocacy have been recognized by many national and international organizations, including awards by the American Public Health Association, American Geriatric Society, Gerontological Society of America and International Congress of Gerontology and Geriatrics. He was the first geriatrician to receive the National Physician Advocacy Merit Award by the Institute on Medicine as a Profession. This year, Dong was elected to the prestigious American Society of Clinical Investigation.

“With his passionate commitment to interdisciplinary work in medicine and public health, Dr. Dong will look to build on the strong infrastructure of excellence, collaboration and innovation at IFH to advance state-of-the-art science in population health, health services and community health equity,” said Brian Strom, chancellor of Rutgers Biomedical and Health Sciences. “His vision will further the mission of our acclaimed and exceptional institute for health care policy scholarship and research.”

Dong has published extensively on the topics of violence prevention, culture and health disparities, with more than 200 peer-reviewed publications. He is the editor of Elder Abuse: Research, Practice and Policy, a textbook comprising the largest collection of research, practice and policy in the field. In addition, he serves on many editorial boards and is guest editor-in-chief for the Journal of Aging Health and Journal of Gerontology: Medical Sciences. Currently, Dong is the principle investigator of eight federally-funded grants and also has mentored many trainees and faculties to success.

Dong has served as senior advisor to U.S. Department of Health and Human Services and as a Commissioner for Commission on Law and Aging of the American Bar Association. His policy and advocacy work with the Department of Justice and Centers for Disease Control and Prevention has shaped the national agenda on the surveillance and preventive strategies combating the issues of violence and mental health. Dong was appointed as a member of the Institute of Medicine’s Global Violence Prevention Forum and then chaired the workshop on elder abuse prevention.

A native of a rural village near Nanjing, China, Dong earned a bachelor of arts degree in biology and economics from the University of Chicago, an M.D. from Rush University College of Medicine and a masters of public health in epidemiology at University of Illinois at Chicago. He completed his internal medicine residency and geriatric fellowship at Yale University Medical Center.