‘Count one, count them all’ – anyone with a Rutgers connection can photograph wild species in citizen science project 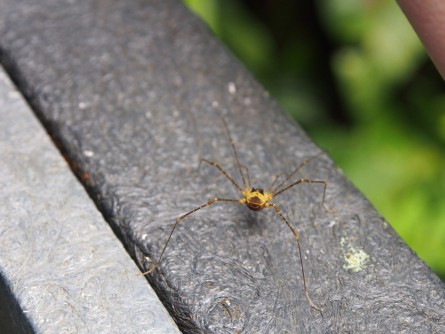 This is the first documentation in 100 years (and first known photo) of the rare harvestman spider species, Eucynorta conigera. It was spotted in Costa Rica during the 2015 Personal Bioblitz. 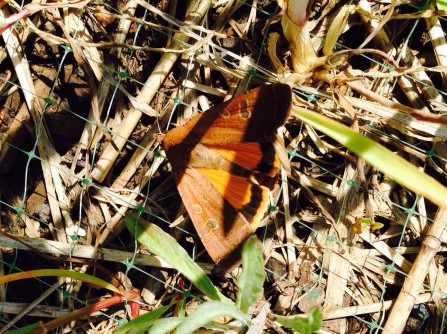 This moth, a large yellow underwing (Noctua pronuba), was found in the IFNH Wildflower Meadow on the Cook Campus at Rutgers University-New Brunswick during the 2016 Personal Bioblitz.

Newswise — When Lena Struwe was hiking in the Monteverde Cloud Forest Biological Reserve in Costa Rica three years ago, she spotted a yellowish harvestman, a spider-type animal, on a hiking trail rail and took a photo with her camera. It turned out her photo of the long-legged arachnid, Eucynorta conigera, was the first ever of that species and only the third sighting of it ever reported.

The identification was made by zoologist Stuart Longhorn in the United Kingdom, based on her photo during the 2015 Spring Personal Bioblitz at Rutgers University.

“That was kind of amazing,” said Struwe, a professor in the School of Environmental and Biological Sciences at Rutgers University–New Brunswick, who will help lead the fifth Spring Personal Bioblitz at Rutgers. “I had no idea that this was something special when I photographed it in the rain.”

The Bioblitz is aimed at getting people to learn more about life around them, to collect species data for scientists and to promote conservation in an era of rampant habitat destruction. It is open to anyone with a connection to Rutgers, including students, faculty, staff, alumni and their family members and friends. After signing up and downloading an iNaturalist smartphone app, participants take photos and record the sounds of species on Rutgers campuses and anywhere in the world from March 1 through May 15, 2018. All observations, which are easy to report, must be uploaded onto the iNaturalist website by day’s end on May 25.

iNaturalist focuses on wild and naturalized species that survive without human assistance, so photos of pets, for example, are not welcome. This Bioblitz is a collaboration of Rutgers–New Brunswick and iNaturalist (California Academy of Sciences).

During last year’s Bioblitz, 55 people recorded 4,874 wild or naturalized species, and observations totaled 20,823, a world record. Struwe, who hopes those records can be surpassed this year, noted that the project is aimed at countering “species blindness,” when people not only lack knowledge of the myriad life forms in their midst, but also don’t see them to begin with.

“The Personal Bioblitz is a way to engage anybody who knows a lot or nothing about species to start looking at what exists around them in their everyday life,” said Struwe, who launched the first Personal Bioblitz in 2014. “So this is everything from insects in your home to weeds under your car or birds at birdfeeders. If you travel south for spring break and see orchids, snakes or toucans and palms, it can all be reported.”

If you don’t know what you’ve photographed or recorded, thousands of iNaturalist users can help you identify species because they have fun doing so, she said. “It all goes back to having that sense of community and sense of place and sense of the awesomeness of what’s around you,” Struwe said. “The truth is that biodiversity is everywhere and it’s not just in special places like nature preserves.” 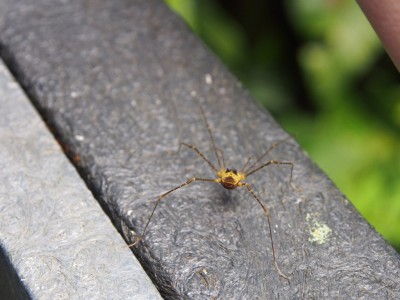 Caption: This is the first documentation in 100 years (and first known photo) of the rare harvestman spider species, Eucynorta conigera. It was spotted in Costa Rica during the 2015 Personal Bioblitz. 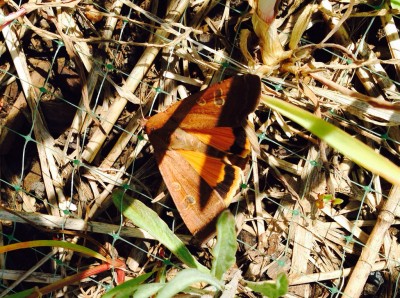 Caption: This moth, a large yellow underwing (Noctua pronuba), was found in the IFNH Wildflower Meadow on the Cook Campus at Rutgers University-New Brunswick during the 2016 Personal Bioblitz.