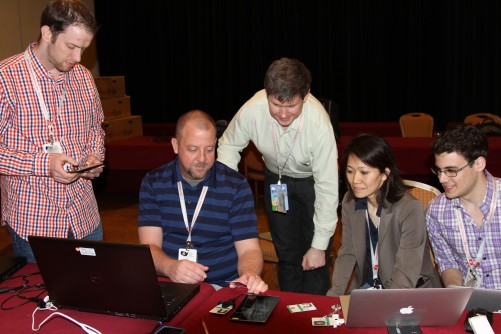 Newswise — From February through April, the cyber equivalent of the NCAA’s March Madness played out – keystroke by keystroke – at 180 colleges around the nation. The regional champions gathered at the National Collegiate Cybersecurity Defense Competition (NCCDC) in San Antonio Texas. While only one team emerged with the winner’s trophy, everyone walked away with an increased appreciation and understanding of current cybersecurity needs and a preview of emerging technologies.

This week, University of Central Florida, this year’s NCCDC winner, will tour the nation’s capital to learn how government agencies like the Department of Homeland Security (DHS) protect the nation from cyber threats.

As part of the priorities outlined in the Administration’s “National Strategy to Secure Cyberspace,” a key mission of the DHS Science and Technology (S&T) Cyber Security Division (CSD) is a two-pronged focus on fostering educational programs to nurture future cyber leaders and introduce them to emerging technologies.

Since 2008, CSD has sponsored the Collegiate Cybersecurity Defense Competition (CCDC) annually – the NCCDC is the culminating event of the competition – and provided technological and scenario support. The competition, which also supports the National Initiative for Cybersecurity Education, aspires to establish an operational, sustainable cyber education program and avenue for technology transition. CSD supports the competitions for two reasons: to impact the education of the future cyber workforce and facilitate technology transition.

“We take technology we’ve developed and put it in the competition environment so the students have a practical, hands-on experience with emerging technology – probably before their employers are aware of it,” said S&T CSD Competitions Program Manager Edward Rhyne. “When they graduate and enter the workplace, they are already familiar or will know there is a better way of doing something with technology we’ve introduced.”

The CCDC is a popular and fast-growing competition designed for college and university students. Held annually by the University of Texas at San Antonio Center for Infrastructure Assurance and Security, the CCDC began with five schools in 2005 and has grown exponentially to include hundreds of participants this year.

The NCCDC/CCDC begins when colleges in 10 regions across the United States conduct internal qualifiers to select their eight-person team to represent them. Rhyne explained that at some colleges, more than 100 students to try out for their college’s eight-person team, which then compete head-to-head at regional competitions. Only one team from each region—for a total of 10 teams—will go on to compete at the national competition.

During the competition, students must work together to secure and defend a small business network as well as a cloud environment while responding to customers, employees and their competition business’ CEO. Teams receive points for each success, and the team with the most points wins.

The competition integrates all aspects of cyber space, Rhyne said, and it is common to see a former participant back in a different, supporting role. All of the support teams – red, white, orange and black – are comprised of volunteers from government, industry, and academia. The red team attempts to disrupt operations and penetrate networks. The judges comprise the white team. The orange team serves as the customer and employee base. The black team is the competition’s administrative support team. In order to achieve victory, student teams must respond to the needs of the orange team while fending off the red team.

In addition to the introduction to technology and the educational cyber skills reinforced during competition, the competition provides industry leaders a glimpse at the next generation of information technologists.

“There are real CEOs who participate in the competition as part of the scenario helping the students communicate technical issues to business leadership,” Rhyne said. “The industry volunteers are looking at the next generation of the cyber workforce. Many students come out of the competition with job offers.”

Rhyne went on to explain another benefit of CSD’s support of the competition: continued emphasis on the security of the cyber network. Since many of the technologies and products CSD produces are open source, the students can continue to access them after the competition.

According to CSD Identity Management PIV-I card Program Manager Karyn Higa-Smith, students often stay engaged after the competition ends. She said although this was the first time these students had worked with the PIV-I card, several were very interested.

“They asked if they could stay in contact with me,” she said. “They wanted to continue working with the code. That’s a success story.” 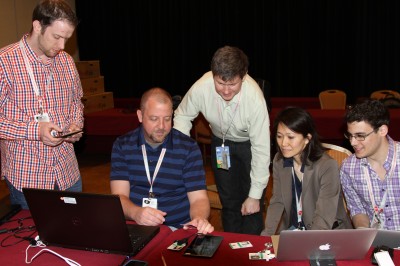