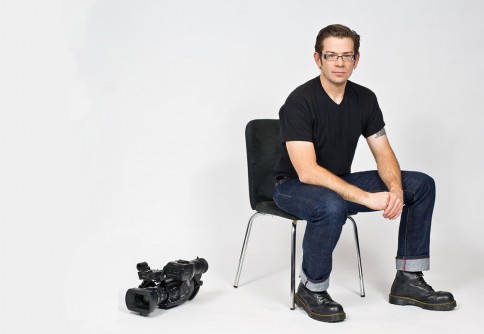 Newswise — With the Oscars ceremony approaching, movie buffs and critics are making bets on which of their favorite nominated films will win. Deron Albright, M.F.A., associate professor of film studies at Saint Joseph’s University in Philadelphia, shares his film savvy and thoughts on the Oscars as a film lover and artist.

Albright, who received a Pew fellowship in the arts in 2011, was also a senior Fullbright scholar to Ghana in 2008-09. He is the director and producer of two films, “The Legend of Black Tom” and “The Destiny of Lesser Animals.”

Albright offers his insight into the 2018 Oscars contenders, as well as the contemporary film landscape.

Each of the nominated films this year are unique.

Although "Dunkirk" and "Darkest Hour" are focused on the same event, Albright sees no common theme through the nominees for Best Picture. “This year, we have a pretty wide range of films and less of a connecting thread than you’d think,” he says. “It’s a very diverse bunch.”

For the past 10 years, the Academy of Motion Picture and Film has allowed for a maximum of 10 Best Picture nominees, an increase from five. According to Albright, the change has allowed greater recognition for more unique films.

“There was always debate when only five films were considered, namely what those films should be — that sort of metric for nominating big versus small budgets and films that reach a broad versus niche audiences,” says Albright. “Consider movies like ‘Call Me by your Name,’ ‘Ladybird,’ or ‘Get Out’ — genre films: Probably none of these three would have been nominated under the five-film format.”

Last year’s Best Picture “Moonlight” is a coming-of-age tale that explores gender, identity and race. “To me, it seems the Academy is not just giving lip service to inclusivity,” Albright continues, “but is serious about including films that would have been considered atypical winners in the past.”

“I’d predict ‘Shape of Water’ — a worthy winner,” says Albright. “Although I personally love ‘Lady Bird,’ I’m not sure it represents Best Picture in the way we tend to think about the category.”

Albright admits he’d like to protect the indie element of “Lady Bird,” “which I’ve always valued,” he says. “It’s a throwback to when I started making films and started taking films seriously.”

He recognizes “Mudbound” as a film worthy of a Best Picture nominee.

“For me, one film is missing from the list: Netflix’s ‘Mudbound,’” says Albright. “It’ a remarkable film in so many ways – not the least of which being that the film’s director Dee Rees made a commitment to hiring all-female department heads.”

“I believe it’s worthy of many more,” Albright continues. “There is no question this film has some best picture strokes in it.”