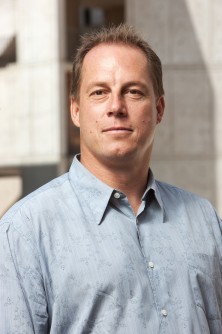 Newswise — Highly diverse cancers share one trait: the capacity for endless cell division. Unregulated growth is due in large part to the fact that tumor cells can rebuild protective ends of their chromosomes, which are made of repeated DNA sequences and proteins. Normally, cell division halts once these structures, called telomeres, wear down. But cancer cells keep on going by deploying one of two strategies to reconstruct telomeres. One strategy, which occurs in about 90 percent of cancers, requires increase production of a telomere-elongating enzyme called telomerase. A less understood strategy, employed by the remaining 10-15 percent of cancers, is called ALT (for Alternative Lengthening of Telomeres). Previously, biologists knew ALT existed simply because tumor cells could rebuild long, albeit unkempt-looking telomeres without telomerase. How they did it remained a mystery. Now scientists in the laboratory of Jan Karlseder, a professor in Salk's Molecular and Cell Biology Laboratory and holder of the Donald and Darlene Shiley Chair, report the first experimental induction of an ALT telomere-building program in human cells. That discovery, reported January 12 in Nature Structural and Molecular Biology, positions them to target factors driving ALT-dependent cancer cell growth. Karlseder is an expert in how telomere biochemistry impacts cancer and aging. "People have been targeting telomerase as a potential cancer therapy for a long time," he says, noting that anti-telomerase drugs are in phase II clinical trials against several cancers. "But mouse studies show that when you suppress telomerase, cells can upregulate ALT. That makes it absolutely critical to develop ways to block ALT." To learn how cells switch on ALT, the group experimentally eliminated two proteins, ASF1a and ASF1b, in normal lung cells and in a cancer cell line that relies on telomerase for immortality. ASF1 proteins are molecular "chaperones," meaning they guide more glamorous proteins to their proper cellular venue. ASF1 in fact "chaperones" a histone protein, which when coiled in a complex with DNA, forms the basic structural building block of DNA called a nucleosome. The team observed a relative scarcity of nucleosomes at telomeres from ASF1-depleted cells, as one might expect once a histone chaperone is lost. They also found that ASF1-depleted cancer cells switched off telomerase but continued to thrive, meaning that tumor cells can exploit either strategy for elongating telomeres. Most significantly, microscopy showed that nuclei of ASF1-depleted cells contained aggregates of telomeric DNA, known as PML bodies. PML bodies, so named because they were first observed in promyelocytic leukemia tumor cells, are a hallmark of ALT-dependent cancers. "Massive PML body formation in normal cells was unexpected," says Roddy O'Sullivan, a postdoctoral fellow in the Karlseder lab and the study's first author. "It was our first clue that ASF1 loss induces ALT." The team then left no biochemical stone unturned to confirm that cells were switching on ALT. In the clincher, Nausica Arnoult, a postdoc in the Karlseder lab and one of the study's co-authors, took advantage of a fluorescent tag that others had embedded into one chromosome's telomeric end and then used a whole chromosome imaging method called FISH to track where the tag went over time. She found that ASF1 loss initiated an intra-nuclear ping-pong game: cells replicated the tag and then tossed it back and forth between different chromosomes in order to build disorganized but serviceable telomeres. O'Sullivan says this technically demanding experiment was extremely informative. "To identify ALT, the gold standard is exchange of telomeric DNA from one chromosome to another," he says. "Once we saw that, we knew ASF1 loss was inducing ALT." Previously, cancer researchers surmised that since chromosomal ends get swapped in ALT, mutation of genes that restrain DNA exchange, a process scientists call recombination, might actually cause the condition (or, to extend the ping-pong metaphor, make cells lose paddle control). But Karlseder says the molecular origin of ALT is no longer debatable. "Our paper shows that suppressing ASF1 induces ALT by affecting nucleosome assembly," he says. "Thus recombination we see in ALT-dependent cells is an effect, not the cause." O'Sullivan came to the Karlseder lab seven years ago to explore whether histone/DNA interactions in nucleosomes altered telomere function. He will soon join the faculty at the Hillman Cancer Center at the University of Pittsburgh, satisfied knowing that he showed that aberrant chromosomal structure underlies growth of a significant proportion of human cancers. "This work illustrates a very basic concept," he says. "Namely, when the way cells package DNA into nucleosomes breaks down, damage occurs." The development of ALT inhibitors is in its infancy. This study now provides a way to construct and evaluate anti-cancer reagents targeting the ALT/ASF1 pathway. "In mammalian cells we have only been able to study ALT in cells derived from ALT-dependent tumors," says Karlseder, who also employs roundworm models to test ALT-dependent telomere construction. "Now that we have a controlled way to induce the pathway, we can test any gene that might act as an inhibitor." Also contributing to the project were Daniel H. Lackner, Liana Oganesian and Candy Haggblom, of the Karlseder lab, and Geneviève Almouzni and Armelle Corpet, of the Marie Curie/Centre National de la Recherche Scientifique in Paris. Primary funders of the study were the American Federation for Aging Research, the Glenn Center for Research on Aging, the Human Frontier Science Program, the National Institutes of Health, the Sabo Trust, the Fritz B. Burns Foundation, the Philip Messinger Foundation and the Highland Street Foundation.