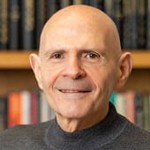 Newswise — Stupp will accept the honor during the 2022 MRS Fall Meeting & Exhibit in Boston, Massachusetts, and present his lecture, New Frontiers in Supramolecular Design of Materials, on Wednesday, November 30 at 5:15 pm (EST).

Conferred annually, the Von Hippel Award recognizes those qualities most prized by materials scientists and engineers—brilliance and originality of intellect, combined with vision that transcends the boundaries of conventional scientific disciplines, as exemplified by the life and work of Arthur von Hippel.

In addition to being a Board of Trustees Professor, Stupp also directs Northwestern’s Simpson Querrey Institute for BioNanotechnology and the Center for Bio-Inspired Energy Science, an Energy Frontiers Research Center funded by the U.S. Department of Energy. He has been a pioneer in the development of self-assembling supramolecular materials and his research is currently focused on functionality relating to renewable energy, regenerative medicine, and soft matter for robotics. Materials of interest to him include supramolecular polymers, organic/inorganic hybrid materials, biomolecular structures, and soft electronic materials.

The powerful functions of materials in the living world utilize supramolecular systems in which molecules self-assemble through noncovalent connections programmed by their structures. Yet, the design of highly specific interactions between molecules began in earnest only three decades ago motivated by the Nobel Prize in Chemistry in 1987. Our laboratory has focused over the past three decades on integrating this notion of bio-inspired supramolecular engineering into the design of novel materials. Stupp will discuss three examples of functional supramolecular materials we need for our future. The first is inspired by the photosynthetic machinery of green plants, creating materials that harvest light to produce fuels for sustainable energy systems. The second example is that of life-like robotic materials that effectively transduce different types of energy into mechanical actuation and locomotion of objects for future technologies. The third topic will be supramolecular biomaterials that mimic extracellular matrices and provide unprecedented bioactivity to regenerate tissues. In this example, Stupp will discuss a recent breakthrough in structural design of supramolecular motion which surprisingly led to biomaterials with potential to reverse paralysis by repairing the brain and the spinal cord.