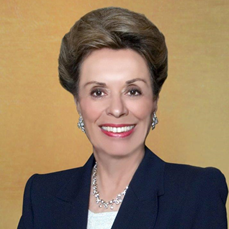 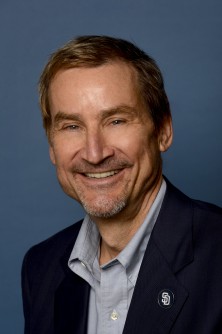 Newswise — La Jolla, Calif., September 28, 2017 ─ Sanford Burnham Prebys Medical Discovery Institute (SBP) announces the appointment of two new members to the board of trustees. Joining the board are Peter Seidler, Managing Partner and lead investor of the San Diego Padres, and Jeanne Herberger, Ph.D., a former trustee of the Institute.

“We are fortunate to have these outstanding board members join us,” said Kristiina Vuori, M.D., Ph.D., president of SBP. “Jeanne has been a long-time supporter and friend of the Institute, and I am very pleased to have her rejoin the board. Peter’s business leadership, commitment to the San Diego community and philanthropic activities in the areas of health and human services will greatly enhance our board.”

Jeanne Herberger is involved in several community issues including education, community development, the arts and other issues that concern women and children. She is the founder of Arizona Women’s Employment and Education Inc., a nonprofit organization dedicated to moving people toward economic self-sufficiency and well-being through the dignity of work. She also founded Valley Leadership, the Arizona Women’s Forum, a chapter of the International Women’s Forum, and Visionaries for a Vital Arizona, which creates momentum in Arizona to attract industry and jobs.

She is a benefactor of Arizona State University (ASU), the Phoenix Symphony, and the Herberger Theater Center in Phoenix. She is a founding Women & Philanthropy investor at the ASU Foundation for a New American University and was honorary chair of the group from 2009 to 2012.

Additionally, he is a founder and Managing Partner of Seidler Equity Partners, a family-oriented private equity fund with approximately $2 billion under management that provides capital and management support to growing entrepreneurial companies across the United States.

He is active with the San Diego Chapter of the Juvenile Diabetes Research Foundation, the American Cancer Society, The Turning Point Home (a San Diego facility dedicated to treating young women with addiction-related diseases), and The Mayo Clinic and is currently working with San Diego business leaders to remedy the city’s homeless problem. He is a member of the board of trustees and chairs the Student Affairs Committee at The University of San Diego. Peter is being honored as San Diego’s Nice Guy of the Year at a community dinner gala on October 28, 2017.