Saver or spender? People are not as financially responsible as they may think, study shows 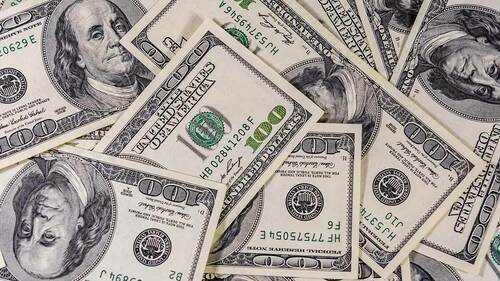 According to new research from the University of Notre Dame, people think they are more financially responsible than they actually are.

Newswise — Financial responsibility means managing money in a relatively sensible way by minimizing superfluous or unnecessary spending. But according to new research from the University of Notre Dame, people think they are more financially responsible than they actually are.

Even when people consistently spend their money superfluously, they still believe that they manage their money in a responsible fashion, according to “Popping the Positive Illusion of Financial Responsibility Can Increase Personal Savings: Applications in Emerging and Western Markets,” forthcoming in the Journal of Marketing from Emily Garbinsky, assistant professor of marketing at Notre Dame’s Mendoza College of Business.

“People generally hold positive illusions of being financially responsible, because this enables them to feel good about themselves,” said Garbinsky, who also published a recent study on financial infidelity.

Garbinsky, along with Nicole Mead from York University and Daniel Gregg from the University of New England in Australia, developed an intervention that combats this self-enhancing bias by triggering people to recognize just how often they do spend money unnecessarily. In turn, this realization motivates them to boost their self-perceptions of financial responsibility by increasing their savings.

The “superfluous-spender” intervention involved having participants answer a brief survey of five questions before making a savings decision. The questions focused on their past superfluous spending behavior such as going out to dinner instead of cooking at home. Importantly, participants responded to these five questions using a continuous scale that was anchored by either a relatively low frequency (1 equals once a year or less) or a relatively high frequency (7 equals 12+ times a year). The researchers designed the scale anchors such that most participant responses would fall in the upper range, with higher scores indicating greater frequencies of past superfluous spending.

Ensuring that the majority of responses fell in the upper range was crucial, as past research has shown that people use their placement on rating scales to make inferences about themselves (in this case, that they are not as financially responsible as they thought they were). This realization then prompts them to enhance their feelings of financial responsibility by saving.

“Collectively, this work shows that people view their financial responsibility through rose-colored glasses, which can undermine their financial well-being,” Garbinsky said. “People around the world are not saving enough money, and we propose that one reason they under-save is because they falsely believe themselves to be financially responsible. If that is in fact the case, deflating this inflated self-view may increase saving, as people should become motivated to restore perceptions of financial responsibility.”