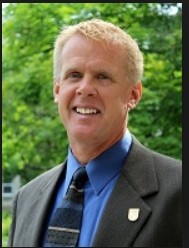 Newswise — As the fast moving H5N2 avian virus forces U.S. poultry producers in several states to kill millions of chickens and turkeys, a Massachusetts scholar of infectious diseases among livestock says food producers should brace for an even greater impact and loss as the highly pathogenic strain of avian influenza spreads across the country.

Richard French, dean of the School of Animal Studies and Allerton Chair of Animal Sciences at Becker College in Worcester, Mass., is an expert source on the spread of zoonotic diseases, which can be transmitted from animals to humans, particularly those with public health significance. Much of his research has specifically explored health issues among animals raised for food.

“Avian influenza is considered to be a high-consequence pathogen,” says Dr. French. “It is classified by the World Organization for Animal Heath as a notifiable disease, which means it has the most significant consequences on animals and economics. It can kill 100 percent of the birds in a flock, and has a significant impact on the economy and world market. “

This is a different avian virus than the one we saw several years ago, the H5N1 virus, he points out. “While that one infected and killed people,” French says, “this one--H5N2--is not presently having consequences among humans, but the concern is that the virus is out there and can evolve into something that would affect people.”

Of all diseases, he says, public health experts consider influenza to be the most significant disease when it comes to threatening public health, noting that the flu has the most potential to be devastating. “It’s the infectious disease they worry about the most,” French says. “And while this particular case hasn’t crossed over to humans yet, there is always the potential for diseases to evolve and mutate.”

Though several countries recently issued bans on importing poultry from the U.S. as a result of the outbreak, French says consumers should consider domestic poultry and eggs safe to eat. “That’s because, even if they are perfectly fine but have come from farms in an infected area,” he says, “they will never make it to market.”

A veterinary pathologist, French has collaborated for many years with national and international health organizations. More information about Dr. French: http://www.becker.edu/academics/departments-programs/animal-science/faculty-staff/richard-french-dean/ and about Becker College’s School of Animal Studies in Leicester, Massachusetts: http://www.becker.edu/academics/departments-programs/animal-science