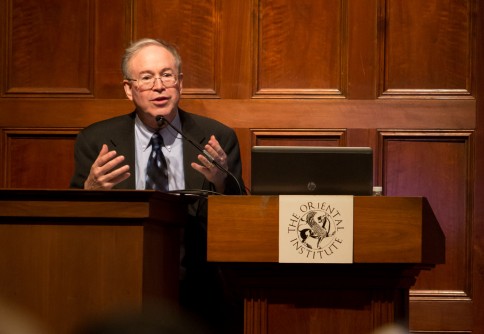 Zalman Usiskin, professor emeritus and director of the University of Chicago School Mathematics Project. The National Council of Teachers of Mathematics has published a book devoted solely to his writings. 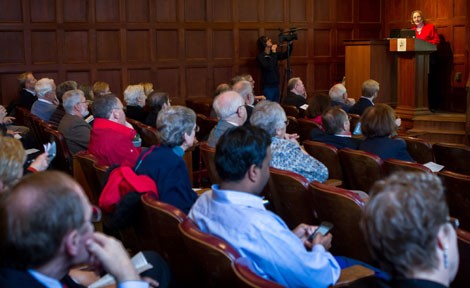 Thousands of mathematics teachers and millions of students have used the curricular materials that Zalman Usiskin and his associates wrote and developed during his career as UChicago professor and director of the University of Chicago School Mathematics Project.

Usiskin’s enduring contributions to national and international mathematics education prompted the National Council of Teachers of Mathematics to publish a collection of 38 of his works in a new book, We Need Another Revolution: Five Decades of Mathematics Curriculum Papers.

“This is the first book that the National Council of Teachers of Mathematics has ever published devoted solely to the writings of one person,” said Andy Isaacs, MST’77, director of UChicago’s Center for Elementary Mathematics and Science Education, which administratively supports UCSMP.

The last six months have been eventful for Usiskin, UCSMP, and the center. In September 2014, McGraw-Hill education announced the launch of Everyday Mathematics 4, a pre-kindergarten through sixth-grade curriculum first developed at the University by UCSMP. In October came the publication of the book. And in November the University hosted two related events, a symposium honoring Usiskin’s career, and an international conference on “Mathematics Curriculum Development, Delivery, and Enactment in a Digital World, for which he was chair of the program committee.

The conference was the seventh international gathering on mathematics education that UChicago has hosted during the last 30 years—UCSMP held four of them. This is the third conference sponsored by the Center for the Study of Mathematics Curriculum. Usiskin serves on the leadership team of the center, a partnership of the University of Missouri, Michigan State University, Western Michigan University, and UChicago.

Usiskin joined UChicago’s former Graduate School of Education in 1969. He worked with other faculty members who made major contributions to mathematics education, including Max Bell, professor emeritus and a founding author of Everyday Mathematics; and the late Profs. Izaak Wirszup and Paul Sally Jr.

UCSMP was founded in 1983 with the mission of improving mathematics education nationwide. Usiskin became the secondary components first director. This was a natural role because he had already written and tested materials for grades nine through 11—work that led to his promotion to professor with tenure—and he was planning to write a text for eighth-graders when USCMP got funded. He became overall director in 1987.

In 1989, the NCTM issued its Curriculum and Evaluation Standards for School Mathematics, the first group of school standards in any discipline. UCSMP authors or advisory board members had served on each of the NCTM writing teams. “Many of the new aspects in those standards were known to be achievable in schools because they had already been testing in classrooms using UCSMP materials,” Usiskin said. The states then adopted their own standards while building on the NCTM standards as their foundation.

A wave of curricular reform ensued, said Martin Gartzman, executive director of CEMSE. “The National Science Foundation realized that for people to translate these standards into classroom reality, they needed high quality instructional materials that were built around the standards,” Gartzman said. But NSF also needed some evidence that school districts would adopt materials created along the lines of the standards.

Usiskin had overseen the writing and publication of the University of Chicago School Mathematics Project Series for grades 7-12. The UCSMP texts quickly captured a significant share of their market. This supplied the evidence NSF needed to go ahead with its plans, and ultimately NSF funded 13 curriculum projects (including UCSMP’s Everyday Mathematics) to develop those curricula, following the Usiskin-UCSMP model.

This model involved having academicians develop the texts in partnership with commercial publishers, with the latter handling sales and marketing. Until then, academicians had been developing texts that achieved only modest distribution because their universities lacked capacity in sales and marketing. “Zal’s materials with UCSMP materials changed the equation,” Gartzman said.

In addition to the texts he has edited or authored, Usiskin also is author or co-author of more than 150 articles and papers on mathematics and mathematics education, and dozens of books and book-length research monographs. For Usiskin, this scholarship goes hand-in-hand with his service to mathematics education.

Doing such scholarship at UChicago “means to do work and report on it so that it has a significant bearing on the thinking of your field,” he said during the symposium held in his honor. “But talk is cheap, and unless that work directly affects students’ experiences in the learning of mathematics, you haven’t done all you can do.” 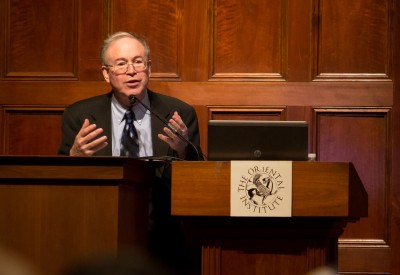 Caption: Zalman Usiskin, professor emeritus and director of the University of Chicago School Mathematics Project. The National Council of Teachers of Mathematics has published a book devoted solely to his writings. 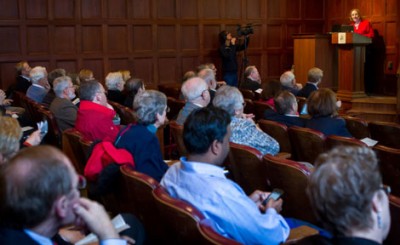