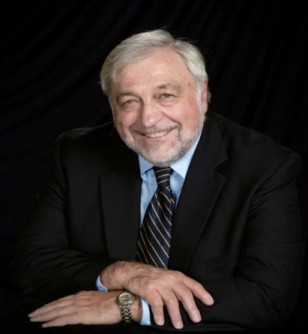 Newswise — WASHINGTON, D.C., and WOODS HOLE, Mass.— Jerry M. Melillo, Distinguished Scientist at the Ecosystems Center of the Marine Biological Laboratory (MBL) will join John Holdren, Assistant to the U.S. President for Science and Technology, and other administration officials, to release the Third National Climate Assessment at the White House today, Tuesday, May 6.

This assessment presents detailed, region-by-region information on the impacts of climate change, both present and future, in the United States. Melillo is chairman of the federal advisory committee that prepared the assessment for the interagency U.S. Global Change Research Program. The MBL is a private, nonprofit institution and an affiliate of the University of Chicago.

From 2 to 4 PM, Melillo will lead a panel discussion of the assessment in the White House South Court Room. This event will be webcast (http://www.whitehouse.gov/live).

President Obama will be conducting broadcast interviews today about climate change, the National Climate Assessment, and the Climate Action Plan.

“It is absolutely clear that climate is changing,” Melillo says. “The Third National Climate Assessment is superbly documented, so that anyone can look at their region of the country and say, ‘It has gotten warmer,’ or ‘Precipitation levels have changed,’ or ‘Sea level is rising,’ or ‘Growing seasons have lengthened.’ This is data on current impacts: it is not projections. Every region of the country is being affected in some way by climate change.”

“There is widespread understanding now that climate change in recent decades is the result of human activities. There is no question about that. You can’t make sense of the global data on climate unless you invoke human activities,” Melillo says.

“What we decide to do about climate change will make a big difference. It’s not too late,” he says. “There is still time to act, but it is becoming more and more urgent because the longer we wait, the more difficult it will be to take effective action, and the greater the consequences will be for the American people. Action can be taken at all levels, including the local level, to adapt to the changes that are projected.”

A distinguished ecosystems ecologist, Mellilo has dedicated decades of service to providing a scientific foundation for environmental policy. In 1990 and 1995, Melillo was a lead author in the earliest climate assessments prepared by the Intergovernmental Panel on Climate Change (IPCC), and as an author he was a co-recipient of the 2007 Nobel Peace Prize awarded to the IPCC and Al Gore, Jr. In 1996 and 1997, Melillo served as Associate Director for Environment in the U.S. President’s Office of Science and Technology Policy. He also co-led the first two National Climate Assessments, published in 2000 and 2009, prior to his current chairmanship for the third assessment.