Scientists and Headlining Entertainers Unite to Find a Cure for Scleroderma

An evening of cool comedy, live music, and haute cusine to benefit the Scleroderma Research Foundation

Project Scleroderma: A six minute video explaining scleroderma and the work of the Scleroderma Research Foundation 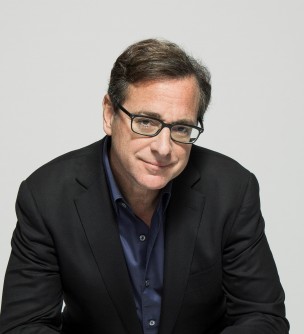 Newswise — SAN FRANCISCO, April 18, 2014 – Thanks to an eclectic and unique gathering of gifted and creative minds, new treatments for a rare autoimmune disease may be just a few short years away…

Comedian Bob Saget, author of the new book Dirty Daddy will host an evening of headlining music, comedy, food and wine at Cool Comedy – Hot Cuisine on Wednesday, April 23 in the Grand Ballroom of San Francisco’s historic Palace Hotel. The event is a benefit for the Scleroderma Research Foundation (SRF), America’s leading nonprofit investor in medical research to find a cure for the autoimmune disease scleroderma.

The word “scleroderma” literally means “hard skin,” but the disease is much more, often affecting the heart, lungs, kidneys and other internal organs with life-threatening consequences. In some cases, the joints and muscles are affected, resulting in severe pain and restricted mobility. Vascular damage due to scleroderma can result in the loss of fingers, toes and entire limbs.

Saget, an SRF Board Member who lost his sister to scleroderma, will be joined in the fundraising effort by San Francisco radio personality Don Bleu, legendary comedians Dana Carvey and Jeff Garlin, and the Grammy® Award-winning band, Train.

Cool Comedy – Hot Cuisine is presented by Actelion, a Swiss-based pharmaceutical company specializing in products to help patients with pulmonary arterial hypertension (PAH), one of the most deadly complications of scleroderma. The event has raised more than $14 million to strengthen and accelerate the SRF’s collaborative research program.

SRF Board Chairman Luke Evnin, Ph.D., a scleroderma patient and managing partner at MPM Capital, a private equity firm that has invested more than $2.8 billion in life sciences, explains what the SRF’s cooperative approach to research is making possible for talented scientists from leading institutions across the nation and around the world: “Our partnerships are helping to develop an understanding of how scleroderma begins, how it progresses and what can be done to slow, halt or reverse the disease process. “

The “Hot Cuisine” for the evening will be prepared by celebrity chefs/restaurateurs Susan Feniger, also an SRF Board Member, and Mary Sue Milliken (Food Network’s Too Hot Tamales and both Bravo Network Top Chef Masters). A five-course menu will feature popular dishes from their Latin inspired Border Grill Restaurants.

“It has been an incredible year for scleroderma research and this event will ensure that progress continues for the benefit of patients everywhere,” says Feniger. “I think we’ve given credibility to the old adage that laughter is the best medicine. And we’ve certainly shown that healthy doses of great food, wine and music are the perfect supplemental prescription."

The success of Cool Comedy – Hot Cuisine events held in San Francisco, Los Angeles and New York (an inaugural Las Vegas event is scheduled for June 5, 2014) has raised considerable awareness for scleroderma and enabled the SRF to fund innovative research that is expected to bring new treatments that will prolong as well as improve quality of life for patients.

Since its founding in 1987, the SRF has brought some of the brightest minds from academia and industry together in an effort to unravel the mysteries of this life-threatening illness that is estimated to affect one in every 4,000 Americans.

A scientific advisory board comprised of such luminaries as Dr. Bruce Alberts, former President of the National Academy of Sciences; emeritus member Dr. Susan Desmond-Hellmann, Chief Executive Officer of the Bill & Melinda Gates Foundation; Dr. David Botstein, whose genetic mapping skills paved the way for the Human Genome Project, and several others is representative of the team of extraordinary scientists who each contribute their expertise to help shape the Foundation’s research program.

The SRF funded two breakthrough discoveries with results published last year in Nature and Science; one linking scleroderma to cancer (and possibly opening the door to a broad new array of treatment possibilities) and the other showing that the disease’s signature fibrosis—or scarring—can not only be stopped, but actually reversed in a laboratory setting.

The San Francisco Cool Comedy – Hot Cuisine event on April 23 will include a silent auction, cocktail reception, dinner and headlining entertainment. A live auction will feature unique experiences to include premium access to the 2014 Victoria’s Secret Fashion Show and after-party in London and access to next month’s season 13 American Idol finale and after-party. First-class airfare is provided by event sponsor Delta Air Lines. Other packages tied to the “Hot Cuisine” theme include celebrity chef internships and an in-home dinner prepared by Bravo Network’s Top Chef Masters Traci Des Jardins and Mary Sue Milliken.

Scleroderma has the highest mortality rate of all rheumatic diseases. Its symptoms and severity can vary greatly from one person to another and the course of the disease is often unpredictable. Women are disproportionately affected by scleroderma (representing four out of five patients), with the disease usually striking between the ages of 30 and 50; however, children and men of all ages and across all ethnic boundaries can also be affected. Ninety percent of scleroderma patients first experience Raynaud’s phenomenon—most visibly characterized by extreme sensitivity to cold with the fingers and toes blanching in color from red, to white, to blue.

There is currently no way to prevent scleroderma and there is no cure. Treatments are available for some but not all of the most serious complications and many have serious side effects. The Scleroderma Research Foundation is at the forefront of medical research aimed to change this and their continued success is entirely dependent upon charitable gifts from individuals and corporations.

Dr. Fredrick Wigley, Director of The Johns Hopkins Scleroderma Center, one of the largest and most highly regarded scleroderma clinics in the world, says in the Foundation’s Project Scleroderma video, “the Scleroderma Research Foundation has made an incredible difference (for patients), and I am absolutely convinced that, with the right support, there is nothing that can’t be done.”