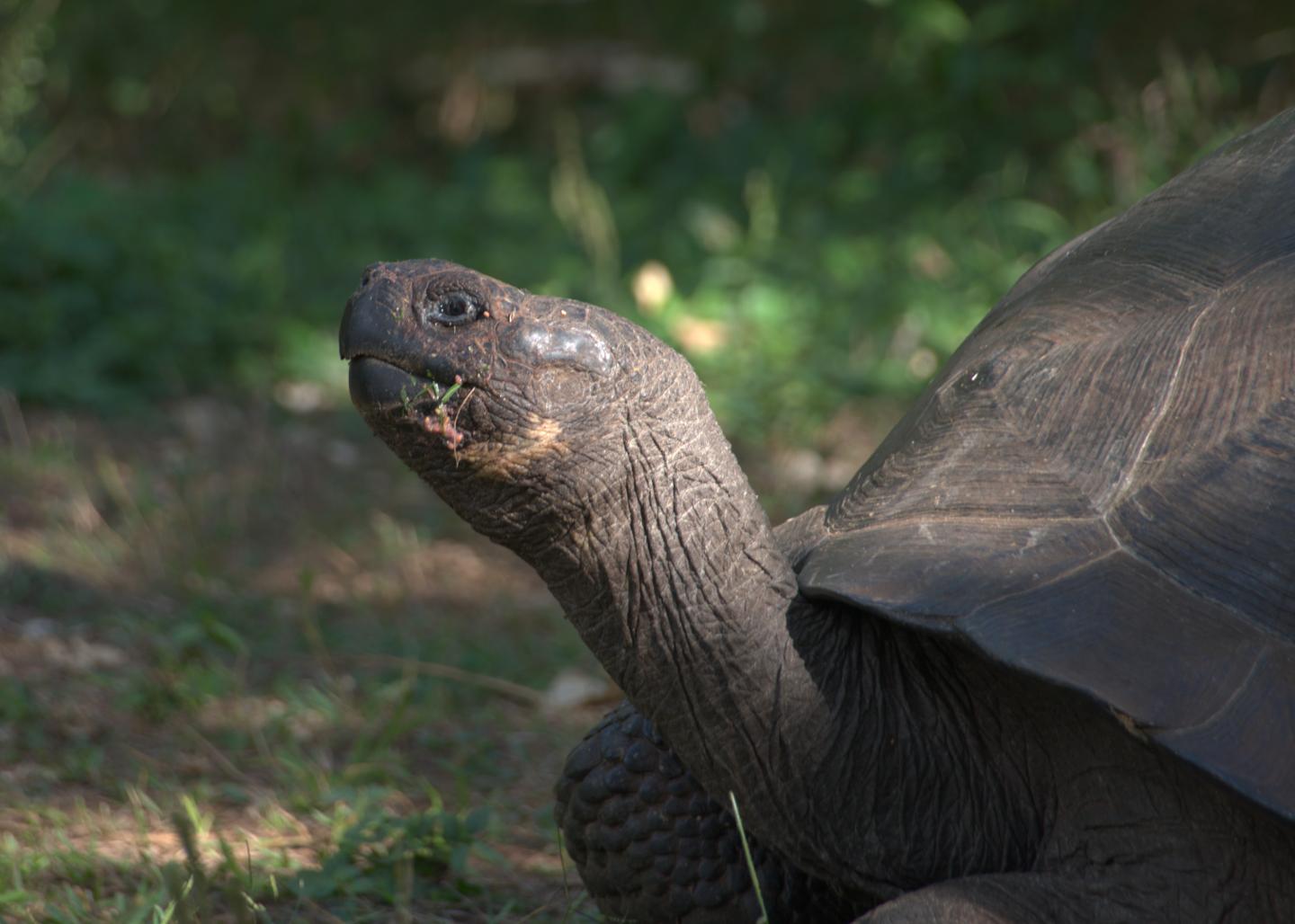 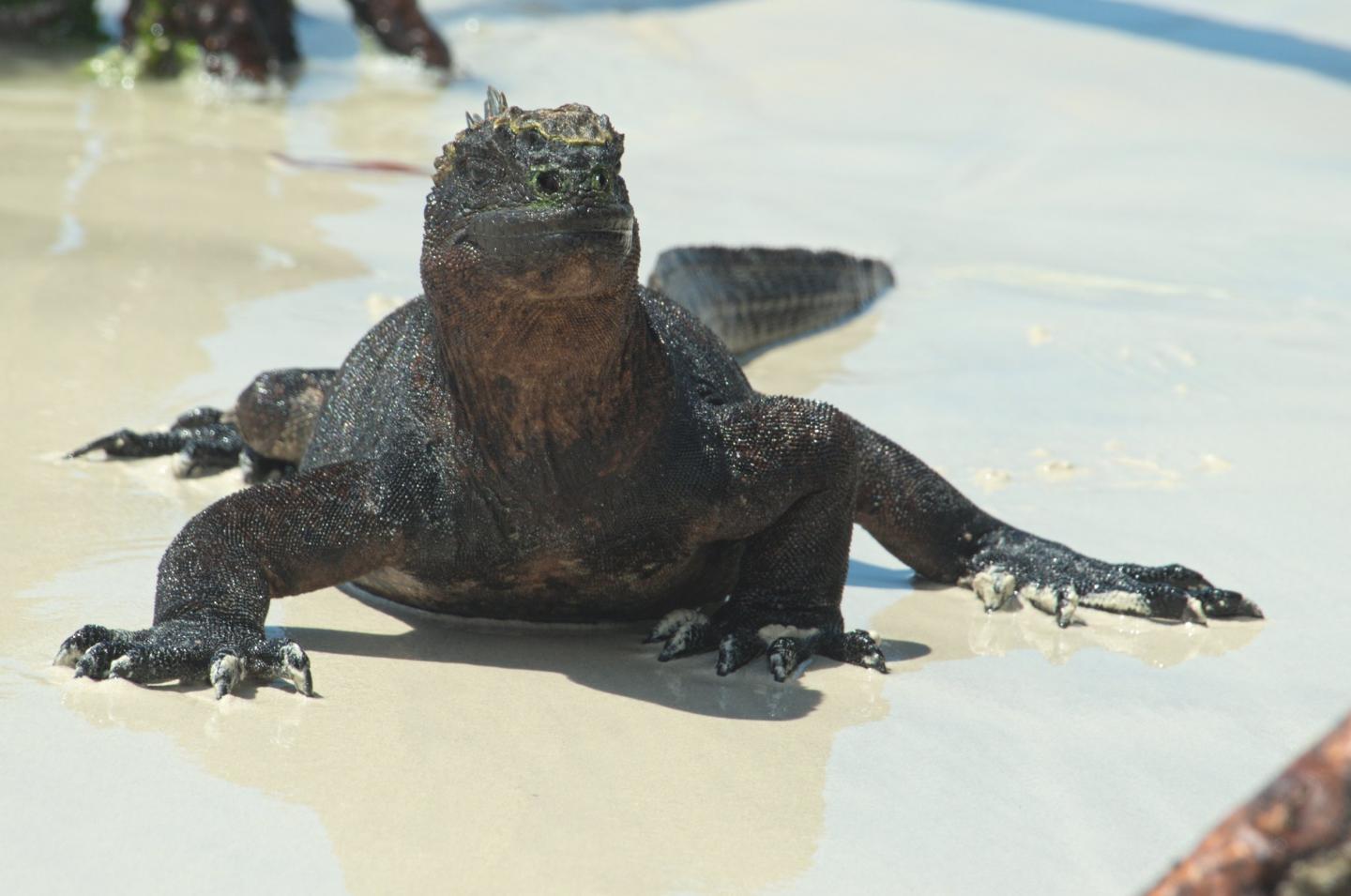 Iguana on the Galápagos Islands 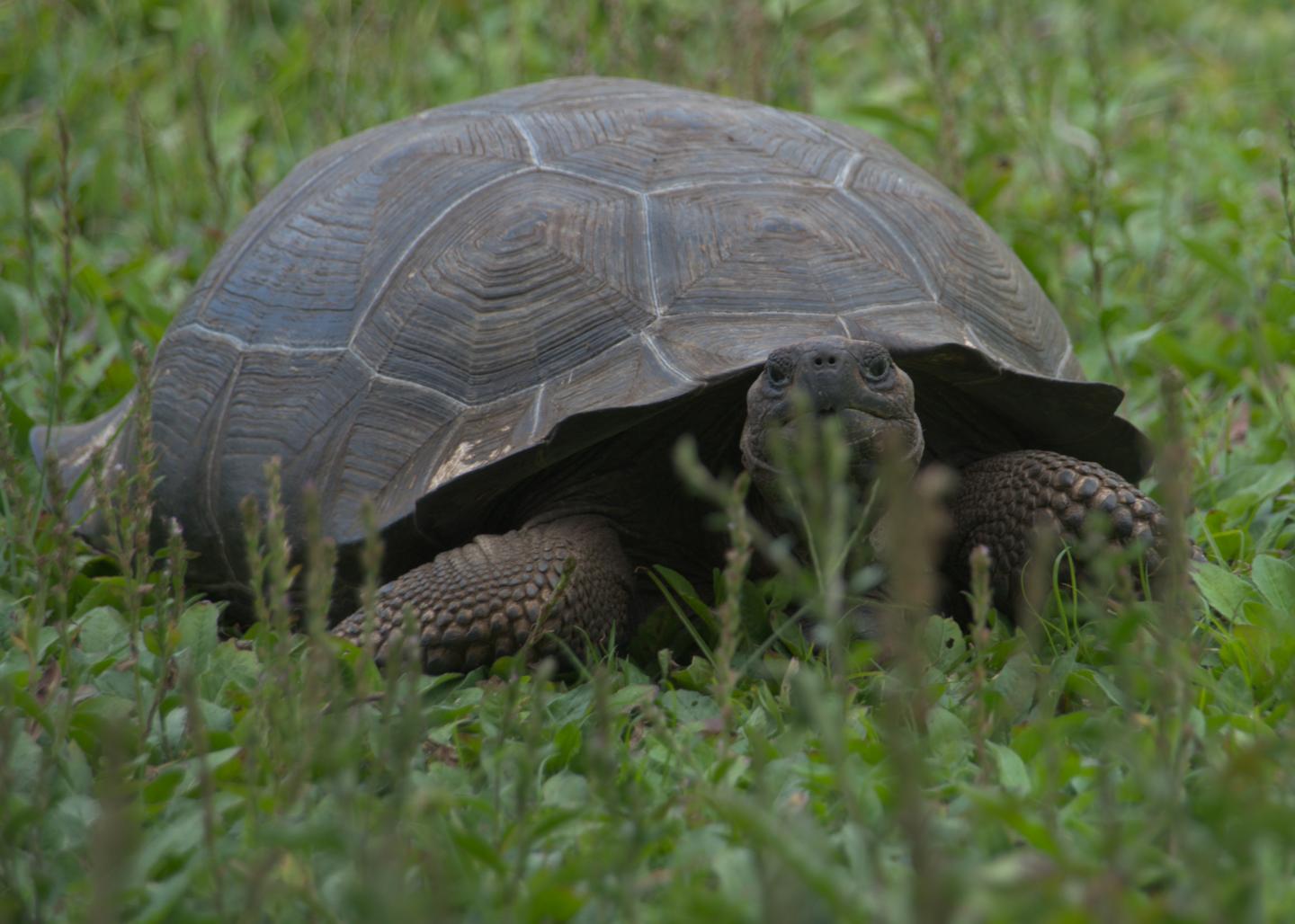 A giant tortoise on the Galápagos Islands

Newswise — New research has unlocked the mystery of how the Galápagos Islands, a rocky, volcanic outcrop, with only modest rainfall and vegetation, is able to sustain its unique wildlife habitats.

The Galápagos archipelago, rising from the eastern equatorial Pacific Ocean some 900 kilometres off the South American mainland, is an iconic and globally significant biological hotspot. The islands are renowned for their unique wealth of endemic species, which inspired Charles Darwin's theory of evolution and today underpins one of the largest UNESCO World Heritage Sites and Marine Reserves on Earth.

Scientists have known for decades that the regional ecosystem is sustained by upwelling of cool, nutrient-rich deep waters, which fuel the growth of the phytoplankton upon which the entire ecosystem thrives.

Yet despite its critical life-supporting role, the upwelling's controlling factors had remained undetermined prior to this new study. Establishing these controls, and their climate sensitivity, is critical to assessing the resilience of the regional ecosystem against modern climatic change.

In this new research, published in Nature Scientific Reports, scientists from the University of Southampton, National Oceanography Centre and Universidad San Francisco de Quito in Ecuador used a realistic, high-resolution computer model to study the regional ocean circulation around the Galápagos Islands.

This model showed that the intensity of upwelling around the Galápagos is driven by local northward winds, which generate vigorous turbulence at upper-ocean fronts to the west of the islands. These fronts are areas of sharp lateral contrasts in ocean temperature, similar in character to atmospheric fronts in weather maps, but much smaller.

The turbulence drives upwelling of deep waters toward the ocean surface, thus providing the nutrients needed to sustain the Galápagos ecosystem.

Alex Forryan of the University of Southampton, who performed the research, said: "Our findings show that Galápagos upwelling is controlled by highly localised atmosphere-ocean interactions. There now needs to be a focus on these processes when monitoring how the islands' ecosystem is changing, and in mitigating the ecosystem's vulnerability to 21st -century climate change."

Professor Alberto Naveira Garabato, also of the University of Southampton, who led the project supporting the research, said: "This new knowledge of where and how the injection of deep-ocean nutrients to the Galapagos ecosystem happens is informing ongoing plans to expand the Galápagos Marine Reserve, and improve its management against the mounting pressures of climate change and human exploitation."

Caption: Iguana on the Galápagos Islands

Caption: A giant tortoise on the Galápagos Islands