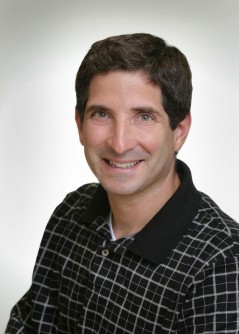 Philip LoGrasso, PhD, is a professor at The Scripps Research Institute, Florida campus.

Newswise — JUPITER, FL – January 27, 2015 – In a pair of related studies, scientists from the Florida campus of The Scripps Research Institute (TSRI) have shown their drug candidates can target biological pathways involved in the destruction of brain cells in Parkinson's disease.

The studies, published in the Journal of Medicinal Chemistry and Scientific Reports, suggest that it is possible to design highly effective and highly selective (targeted) drug candidates that can protect the function of mitochondria, which provide the cell with energy, ultimately preventing brain cell death.

These drug candidates act on what are known as the JNK (pronounced “junk”) kinases—JNK1, JNK2 and JNK3—each an enzyme with a unique biological function. JNK is linked to many of the hallmark components of Parkinson's disease, such as oxidative stress and programmed cell death.

“These are the first isoform selective JNK 2/3 inhibitors that can penetrate the brain and the first shown to be active in functional cell-based tests that measure mitochondrial dysfunction,” said Philip LoGrasso, a TSRI professor who led both studies. “In terms of their potential use as therapeutics, they’ve been optimized in every way but one—their oral bioavailability. That’s what we’re working on now.”

The new studies raise the hope that such a therapy could prevent the gradual degeneration of brain cells in Parkinson's disease and halt these patients’ decline.

“Some of these compounds had a level of selectivity that ranged as high as 20,000-fold against competing targets and were extremely effective against oxidative stress and mitochondrial dysfunction—both potent cell killers,” added HaJeung Park, director of Scripps Florida’s X-ray Crystallography Core Facility and the first author of the Scientific Reports study.

The scientists found that within JNK3, a single amino acid—L144—was primarily responsible for the high level of JNK3 selectivity. Isoform selectivity can help to limit potential side effects of a drug.

Intriguingly, some recent studies have shown that JNK3 not only plays a central role in brain cell death in Parkinson’s disease, but also in Alzheimer’s disease. LoGrasso and his colleagues also believe their JNK3 drug candidates have potential for treating ALS (Lou Gehrig’s disease).

Journal of Medicinal Chemistry; Scientific Reports; studies were supported by the Department of Defense (W81XWH-12-1-0431 1192) and the National Institutes of Health (GM103825).