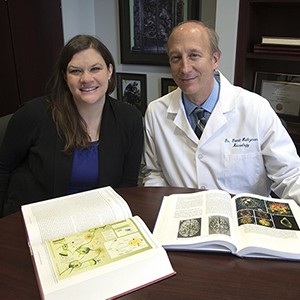 Newswise — Researchers have uncovered a unique connection between diabetes and Alzheimer’s disease, providing further evidence that a disease that robs people of their memories may be affected by elevated blood sugar, according to scientists at Washington University School of Medicine in St. Louis.

While many earlier studies have pointed to diabetes as a possible contributor to Alzheimer’s, the new study – in mice – shows that elevated glucose in the blood can rapidly increase levels of amyloid beta, a key component of brain plaques in Alzheimer’s patients. The buildup of plaques is thought to be an early driver of the complex set of changes that Alzheimer’s causes in the brain.

The research is published May 4 in The Journal of Clinical Investigation.

“Our results suggest that diabetes, or other conditions that make it hard to control blood sugar levels, can have harmful effects on brain function and exacerbate neurological conditions such as Alzheimer’s disease,” said lead author Shannon Macauley, PhD, a postdoctoral research scholar. “The link we’ve discovered could lead us to future treatment targets that reduce these effects.”

People with diabetes can’t control the levels of glucose in their blood, which can spike after meals. Instead, many patients rely on insulin or other medications to keep blood sugar levels in check.

To understand how elevated blood sugar might affect Alzheimer’s disease risk, the researchers infused glucose into the bloodstreams of mice bred to develop an Alzheimer’s-like condition.

In young mice without amyloid plaques in their brains, doubling glucose levels in the blood increased amyloid beta levels in the brain by 20 percent.

When the scientists repeated the experiment in older mice that already had developed brain plaques, amyloid beta levels rose by 40 percent.

Looking more closely, the researchers showed that spikes in blood glucose increased the activity of neurons in the brain, which promoted production of amyloid beta. One way the firing of such neurons is influenced is through openings called KATP channels on the surface of brain cells. In the brain, elevated glucose causes these channels to close, which excites the brain cells, making them more likely to fire.

Normal firing is how a brain cell encodes and transmits information. But excessive firing in particular parts of the brain can increase amyloid beta production, which ultimately can lead to more amyloid plaques and foster the development of Alzheimer’s disease.

To show that KATP channels are responsible for the changes in amyloid beta in the brain when blood sugar is elevated, the scientists gave the mice diazoxide, a glucose-elevating drug commonly used to treat low blood sugar. To bypass the blood-brain barrier, the drug was injected directly into the brain.

The drug forced the KATP channels to stay open even as glucose levels rose. Production of amyloid beta remained constant, contrary to what the researchers typically observed during a spike in blood sugar, providing evidence that the KATP channels directly link glucose, neuronal activity and amyloid beta levels.

Macauley and her colleagues in the laboratory of David M. Holtzman, MD, the Andrew B. and Gretchen P. Jones Professor and head of the Department of Neurology, are using diabetes drugs in mice with conditions similar to Alzheimer’s to further explore this connection.

“Given that KATP channels are the way by which the pancreas secretes insulin in response to high blood sugar levels, it is interesting that we see a link between the activity of these channels in the brain and amyloid beta production,” Macauley said. “This observation opens up a new avenue of exploration for how Alzheimer’s disease develops in the brain as well as offers a new therapeutic target for the treatment of this devastating neurologic disorder.”

The researchers also are investigating how changes caused by increased glucose levels affect the ability of brain regions to network with each other and complete cognitive tasks.