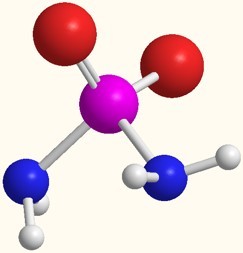 Newswise — LA JOLLA, Calif. – Nov. 6, 2017 – Chemists at The Scripps Research Institute (TSRI) have found a compound that may have been a crucial factor in the origins of life on Earth.

Origins-of-life researchers have hypothesized that a chemical reaction called phosphorylation may have been crucial for the assembly of three key ingredients in early life forms: short strands of nucleotides to store genetic information, short chains of amino acids (peptides) to do the main work of cells, and lipids to form encapsulating structures such as cell walls. Yet, no one has ever found a phosphorylating agent that was plausibly present on early Earth and could have produced these three classes of molecules side-by-side under the same realistic conditions.

“We suggest a phosphorylation chemistry that could have given rise, all in the same place, to oligonucleotides, oligopeptides, and the cell-like structures to enclose them,” said study senior author Ramanarayanan Krishnamurthy, associate professor of chemistry at TSRI. “That in turn would have allowed other chemistries that were not possible before, potentially leading to the first simple, cell-based living entities.”

The study, reported today in Nature Chemistry, is part of an ongoing effort by scientists around the world to find plausible routes for the epic journey from pre-biological chemistry to cell-based biochemistry.

Other researchers have described chemical reactions that might have enabled the phosphorylation of pre-biological molecules on the early Earth. But these scenarios have involved different phosphorylating agents for different types of molecule, as well as different and often uncommon reaction environments.

“It has been hard to imagine how these very different processes could have combined in the same place to yield the first primitive life forms,” said Krishnamurthy.

He and his team, including co-first authors Clémentine Gibard, Subhendu Bhowmik, and Megha Karki, all postdoctoral research associates at TSRI, showed first that DAP could phosphorylate each of the four nucleoside building blocks of RNA in water or a paste-like state under a wide range of temperatures and other conditions.

With the addition of the catalyst imidazole, a simple organic compound that was itself plausibly present on the early Earth, DAP’s activity also led to the appearance of short, RNA-like chains of these phosphorylated building blocks.

DAP in water at room temperature also phosphorylated the amino acids glycine, aspartic acid and glutamic acid, and then helped link these molecules into short peptide chains (peptides are smaller versions of proteins).

“With DAP and water and these mild conditions, you can get these three important classes of pre-biological molecules to come together and be transformed, creating the opportunity for them to interact together,” Krishnamurthy said.

Krishnamurthy and his colleagues have shown previously that DAP can efficiently phosphorylate a variety of simple sugars and thus help construct phosphorus-containing carbohydrates that would have been involved in early life forms. Their new work suggests that DAP could have had a much more central role in the origins of life.

“It reminds me of the Fairy Godmother in Cinderella, who waves a wand and ‘poof,’ ‘poof,’ ‘poof,’ everything simple is transformed into something more complex and interesting,” Krishnamurthy said.

DAP’s importance in kick-starting life on Earth could be hard to prove several billion years after the fact. Krishnamurthy noted, though, that key aspects of the molecule’s chemistry are still found in modern biology.

“DAP phosphorylates via the same phosphorus-nitrogen bond breakage and under the same conditions as protein kinases, which are ubiquitous in present-day life forms,” he said. “DAP’s phosphorylation chemistry also closely resembles what is seen in the reactions at the heart of every cell’s metabolic cycle.”

Krishnamurthy now plans to follow these leads, and he has also teamed with early-Earth geochemists to try to identify potential sources of DAP, or similarly acting phosphorus-nitrogen compounds, that were on the planet before life arose.

“There may have been minerals on the early Earth that released such phosphorus-nitrogen compounds under the right conditions,” he said. “Astronomers have found evidence for phosphorus-nitrogen compounds in the gas and dust of interstellar space, so it’s certainly plausible that such compounds were present on the early Earth and played a role in the emergence of the complex molecules of life.”

The other co-author of the paper, “Phosphorylation, Oligomerization and Self-assembly in Water Under Potential Prebiotic Conditions,” was Eun-Kyong Kim of TSRI.

Support for the research was provided by the Simons Foundation (grant 327124) and NASA (grant NNX14AP59G).