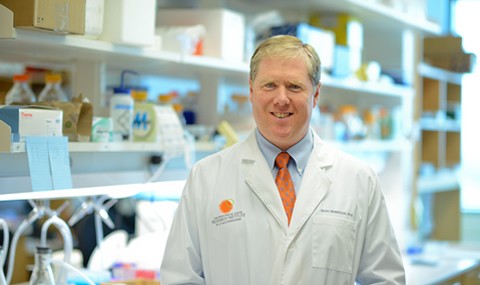 Newswise — DALLAS – Jan. 22, 2014 – Scientists have known for years that stem cells in male and female sexual organs are regulated differently by their respective hormones. In a surprising discovery, researchers at the Children’s Medical Center Research Institute at UT Southwestern (CRI) and Baylor College of Medicine have found that stem cells in the blood-forming system — which is similar in both sexes — also are regulated differently by hormones, with estrogen proving to be an especially prolific promoter of stem cell self-renewal.

The research, published in Nature, raises several intriguing possibilities for further investigation that might lead to improved treatments for blood cancers and increased safety and effectiveness of chemotherapy.

Before the finding, blood-forming stem cells were thought to be regulated similarly in both males and females, according to the paper’s senior author, Dr. Sean Morrison, Director of CRI, Professor of Pediatrics, and the Mary McDermott Cook Chair in Pediatric Genetics at UT Southwestern Medical Center.

However, while working in Dr. Morrison’s laboratory as postdoctoral fellows, Dr. Daisuke Nakada, the first and co-corresponding author of the study, and Dr. Hideyuki Oguro discovered that blood-forming stem cells divide more frequently in females than in males due to higher estrogen levels. The research, conducted using mice, demonstrated that the activity of blood-forming stem cells was regulated by systemic hormonal signals in addition to being regulated by local changes within the blood-forming system.

The study involved treating male and female mice over a period of several days with amounts of estrogen needed to achieve a level consistent with pregnancy. When an estrogen receptor that is present within blood-forming stem cells was deleted from those cells, they were no longer able to respond to estrogen, nor were they able to increase red blood cell production. The results demonstrate that estrogen acts directly on the stem cells to increase their proliferation and the number of red blood cells they generate.

“If estrogen has the same effect on stem cells in humans as in mice, then this effect raises a number of possibilities that could change the way we treat people with diseases of blood cell-formation,” said Dr. Morrison. “Can we promote regeneration in the blood-forming system by administering estrogen? Can we reduce the toxicity of chemotherapy to the blood-forming system by taking into account estrogen levels in female patients? Does estrogen promote the growth of some blood cancers? There are numerous clinical opportunities to pursue.”

Research support for Dr. Morrison came from the Cancer Prevention and Research Institute of Texas (CPRIT); the National Heart, Lung, and Blood Institute; the Howard Hughes Medical Institute; and donors to Children’s Medical Center Foundation. Dr. Nakada is now a CPRIT Scholar and Assistant Professor of Molecular and Human Genetics at Baylor College of Medicine. The research was initiated in the Life Sciences Institute at the University of Michigan and completed at Baylor College of Medicine and CRI.

About CRIChildren’s Medical Center Research Institute at UT Southwestern (CRI) is a joint venture established in 2011 to build upon the comprehensive clinical expertise of Children’s Medical Center of Dallas and the internationally recognized scientific excellence of UT Southwestern Medical Center. CRI’s mission is to perform transformative biomedical research to better understand the biological basis of disease, seeking breakthroughs that can change scientific fields and yield new strategies for treating disease. Located in Dallas, Texas, CRI is creating interdisciplinary groups of exceptional scientists and physicians to pursue research at the interface of regenerative medicine, cancer biology and metabolism, fields that hold uncommon potential for advancing science and medicine. More information about CRI is available on its website: cri.utsw.edu. 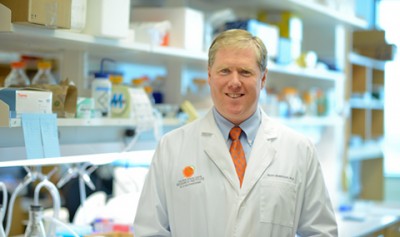