12-Oct-2015 9:05 AM EDT, by AVS: Science and Technology of Materials, Interfaces, and Processing
favorite_border 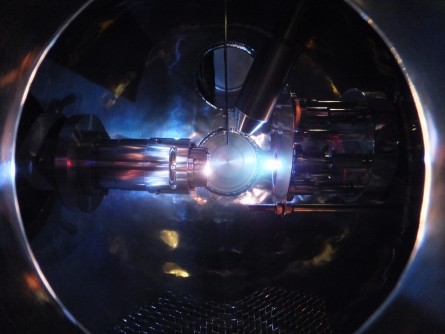 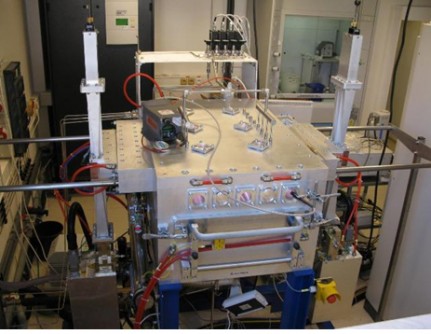 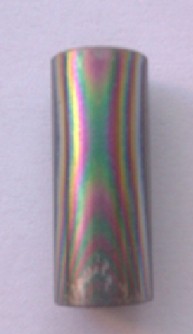 Newswise — WASHINGTON, D.C., October 19, 2015 -- Like much of the rest of the world, thousands of scientists and engineers watched in March 2011 as Japan’s Fukushima Daiichi nuclear reactors exploded. The chain of events began when a magnitude 9.0 earthquake off the coast of Tohoku caused a tsunami that destroyed the ability to cool the fuel elements in the reactors.

The fuel’s cladding, a zirconium alloy used to contain the fuel and radioactive fission products, reacted with boiling coolant water to form hydrogen gas, which then exploded, resulting in the biggest nuclear power-related disaster since Chernobyl.

Challenged by this event, two research teams have made progress in developing fuel claddings that are capable of withstanding the high temperatures resulting from a Loss of Coolant Accident (LOCA), like that at Fukushima. Both teams will present their results at the AVS 62nd International Symposium and Exhibition, held Oct. 18-23 in San Jose, Calif.

At the Illinois Institute of Technology, Jeff Terry and colleagues are seeking to determine whether silicon carbide could be an adequate cladding, while reducing the possibility of hydrogen explosions. Nuclear fuel cladding prevents radioactive fission products from escaping into the coolant, and must hold up under the extreme conditions that might be present during accidents. To that end, the researchers have conducted one of the first experiments to describe the physical and chemical properties of radioactive elements in silicon carbide under accident conditions.

What Terry needed was a way to measure the actual position of elements in the materials, so that the accuracy of the models could be tested. At IIT, the group can both create the model materials used in the calculations and experimentally determine the environment of each element, both in the model materials and in irradiated fuel claddings.

“It is no longer practical to test every element in a nuclear reactor to failure,” said Terry. “We need to have models that predict what will actually happen.” To advance the development of more reliable models, the research team used IIT’s pulsed laser deposition (PLD) system to grow films of model surfaces similar to those used in the modeling effort.

Synchrotron measurements of the model films made using PLD are then compared with the complex fuel materials that are irradiated in nuclear reactors, to determine the chemistries that occur in the material and understand the fate of various fission products in the silicon carbide barrier layer. Ultimately, this will provide modelers with the data they need to better predict what will happen during accidents. The next step for the researchers is to combine knowledge derived from spectroscopy at the IIT synchrotron with microscopy measurements currently being conducted at the Oak Ridge National Laboratory.

You can watch a video of the team explaining its work at the following link:https://www.youtube.com/watch?v=kpYBmG4DK7g

A separate effort, also inspired by the disaster in Japan, is led by Irena Kratochvílová from the Institute of Physics Academy of Sciences of the Czech Republic. Kratochvílová, František Fendrych, and a team of scientists and engineers from the Institute of Physics, in collaboration with Westinghouse and Czech Technical University, have developed a new technology that protects the surface of nuclear reactor fuel claddings. They have deposited a homogeneous diamond layer from the gas phase in microwave plasma that isolates the nuclear cladding material from the nuclear reactor environment.

“The diamond layer offers many advantages. In addition to the diamond grains, it contains amorphous carbon, so it is both strong and flexible, providing a cladding that is mechanically durable and can adapt to thermal expansion during reactor operation,” Kratochvílová explained.

“Chemical vapor deposition of polycrystalline diamond [PCD] films is a powerful method that provides us the way to homogeneously cover any 3-D material with a high quality diamond film,” said Peter Ashcheulov, of the Institute of Physics AS CR. Most recently the team successfully deposited a 300 nanometer (nm) composite polycrystalline diamond layer.

With its high crystalline diamond content and low roughness, PCD can protect against undesirable oxidation and consolidate the cladding’s chemical stability, while preserving its functionality. After irradiation by an ion beam (tested in Texas A&M University), the diamond film retained satisfactory structural integrity. Even at temperatures above 850 degrees Celsius, the Zircaloy2 surface could be effectively protected against corrosion caused by hot steam.

The next steps will be critical for realizing the potential of this technology. “For now, all the tests were performed in environments that mimic the presence of the diamond-coated claddings inside the nuclear reactor. However, advanced testing in real reactors is envisioned,” Ashcheulov said. “This can help us to advance not only the diamond coating technology and processes, but also the specific usage of polycrystalline diamond as a functional anticorrosion material in the nuclear energy industry.”

Both sets of researchers hope that their work will lead to accident-tolerant nuclear fuel that will make disasters like that at Fukushima much less likely and make nuclear energy production a safer process.

Presentation TF+AS+NS+SA-ThM3, "Surface Science in the Wild: Using Synchrotron Radiation and Lab Grown Thin Films to Understand the Behavior of SiC in Accident Tolerant Nuclear Fuels,” is at 8:40 a.m. on Thursday, Oct. 22.

Presentation SE+EM+EN-MoA8, "Polycrystalline Diamond Films as an Anticorrosion Protection for Zirconium Alloys used in Nuclear Reactors,” is at 4:40 p.m. on Monday, Oct. 19. 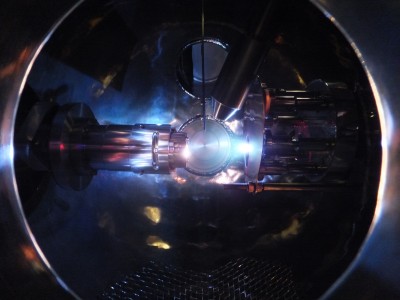 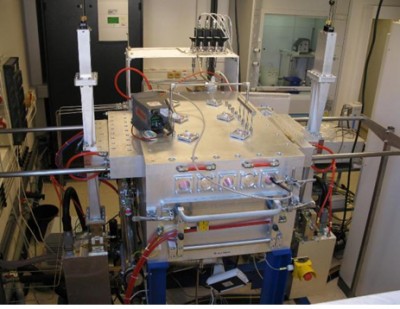 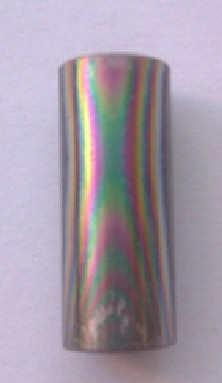