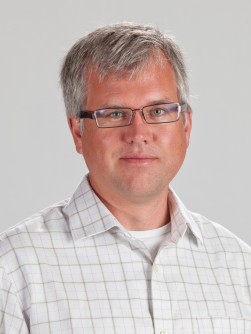 Kendall Nettles is an associate professor at the Florida campus of The Scripps Research Institute.

Newswise — JUPITER, FL – April 28, 2016 – Designing effective new drugs, especially drugs to fight cancer, demands that you know as much as you can about the molecular workings of cancer growth. Without that, it’s like planning to fight a war against an enemy you’ve never seen.

Using a broad spectrum of analytical tools, scientists from the Florida campus of The Scripps Research Institute (TSRI) have shown how sometimes small, often practically imperceptible, structural changes in a key breast cancer receptor are directly linked to regulating molecules and can produce predictable effects in curbing or accelerating cancer growth.

This predictive statistical approach, published recently in the journal Molecular Systems Biology, moves science one step closer to the development of more effective structure-based drug design to treat the disease.

“Our long-term goal,” said team leader Kendall Nettles, an associate professor at TSRI, “is to be able to predict proliferative or anti-proliferative activity of receptor molecule complexes by identifying structural changes that lead to specific outcomes. In many cases, we can identify structural features that could help guide more effective drug development.”

Many current drugs target signaling proteins like the estrogen receptor. For example, the drug tamoxifen (Nolvadex®, AstraZeneca) blocks the estrogen receptor’s proliferative effects of naturally occurring estrogen in breast cancer cells, but can increase the risk of uterine cancer.

Research Associate Sathish Srinivasan, a co-first author of the study with Research Associate Jerome Nwachukwu, pointed out the new research suggests that certain structural changes might be made to the binding pocket to eliminate this negative side effect. “Drugs like tamoxifen can have different effects in different tissues because of structural changes often not discernable using traditional methods,” Srinivasan said. “Our approach reveals some mechanisms associated with tissue specificity and several predictive structural features."

To further test these signaling models, the team solved the atomic structure of some 76 different estrogen receptor-ligand complexes to better understand these responses.

“We can predict some of these effects by measuring the distance between two specific carbon atoms of the estrogen receptor,” said Nwachukwu. Nettles concluded, “This is the first time we have been able to use these atomic structures to identify how very small changes from the ligands give different outcomes, leading us towards the goal of predicting which ligands are going to make the most effective treatments for breast cancer.”