Scientists Reveal a New Sign of Aging in Perception Research 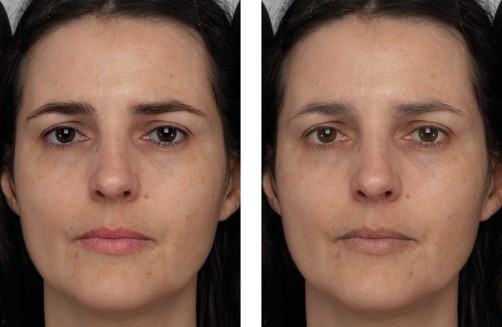 Newswise — GETTYSBURG, Pa. – The contrasting nature of facial features is one of the signals that people unconsciously use to decipher how old someone looks, says Psychology Prof. Richard Russell, who has been collaborating with researchers from CE.R.I.E.S. (Epidermal and Sensory Research and Investigation Center), a department of Chanel Research and Technology dedicated to skin related issues and facial appearance.

“Unlike with wrinkles, none of us are consciously aware that we're using this cue, even though it stares us in the face every day,” said Russell.

The discovery of this cue to facial age perception may partly explain why cosmetics are worn the way they are, and it lends more evidence to the idea that makeup use reflects our biological as well as our cultural heritage, according to Russell. In one study, Russell and his team measured images of 289 faces ranging in age from 20 to 70 years old, and found that through the aging process, the color of the lips, eyes and eyebrows change, while the skin becomes darker. This results in less contrast between the features and the surrounding skin¬ – leaving older faces to have less contrast than younger faces.

The difference in redness between the lips and the surrounding skin decreases, as does the luminance difference between the eyebrow and the forehead, as the face ages. Although not consciously aware of this sign of aging, the mind uses it as a cue for perceiving how old someone is.

Cosmetics are commonly used to increase aspects of facial contrast, such as the redness of lips. Scientists propose that this can partly explain why makeup is worn the way that it is – shades of lipstick that increase the redness of the lips are making the face appear younger, which is related to healthiness and beauty.

PLOS ONE publishes primary research from all areas of science and employs a combination of peer review and post-publication rating and commenting, to maximize the impact of every report it publishes. Published by the Public Library of Science (PLOS), the open-access publisher makes the world’s scientific and medical literature a public resource. All works published in PLOS ONE are open access.