Scientists Unravel the Process of Meltwater in Ocean Depths

Newswise — An international team of researchers has discovered why fresh water, melted from Antarctic ice sheets, is often detected below the surface of the ocean, rather than rising to the top above denser seawater.

The research, led by the University of Southampton, is published this week in the journal Nature in association with colleagues at the National Oceanography Centre, Southampton, University of East Anglia (UEA), British Antarctic Survey and Stockholm University. The team found that the Earth’s rotation influences the way meltwater behaves – keeping it at depths of several hundred metres.

Professor Alberto Naveira Garabato, of Ocean and Earth Science at the University of Southampton and lead author of the study, says: “We believe our study is an important step in understanding how the meltwater mixes in the ocean and will help with the design of climate models, which largely assume meltwater is only present on the surface of oceans. Our research emphasises its detection at greater depths and explains why it is found there.” The researchers made their discovery during an expedition in the Southern Ocean, led by Professor Karen Heywood of UEA, on British Antarctic Survey’s Royal Research Ship James Clark Ross. The trip was undertaken in 2014 as part of the NERC-funded iSTAR programme(4). The team measured turbulence experienced by meltwater as it flowed out of a cave beneath the Pine Island Glacier – one of the fastest melting glaciers in Antarctica. They used a VMP(2,3) (Vertical Microstructure Profiler) to detect subtle fluctuations in the water.

The scientists discovered the meltwater ends up settling hundreds of metres down, because as it tries to rise above the surrounding denser seawater, it is affected by the Earth’s rotation. This makes it spin very quickly around its vertical axis, resulting in the ejection of meltwater filaments in a sideways motion into the surrounding sea – preventing the water from rising to the surface.

Scientists are interested in the depth at which water from Antarctic ice sheets enters the ocean because it has differing effects on global ocean circulation and climate. Surface meltwater makes the upper layers of the Southern Ocean lighter. This is thought to slow down the sinking of those waters in the region, and to favour the expansion of Antarctic sea ice. Injecting the same meltwater at depth is believed to have the opposite effect, favouring sinking of surface waters and the retreat of Antarctic sea ice.

Dr Alexander Forryan, also of the University of Southampton, comments: “The effect of meltwater on climate was taken to the extreme and popularised in the Hollywood blockbuster ‘The Day After Tomorrow’. While no one expects our climate to change in the space of a few days, like the movie – we do know that fresh water flowing into our seas could dramatically affect sea levels and ocean circulation. As such, it is vital our models take into account the presence of both surface and deep meltwater to maximise their accuracy.”

The team now hope to develop a way to represent the process in climate models, so that climate modellers can reliably investigate the impact of the melting of Antarctica on our changing climate.

1) The research Vigorous lateral export of the meltwater outflow from beneath an Antarctic ice shelf (DOI: 10.1038/nature20825) is published as a Letter in the journal Nature. A copy can be obtained from Media Relations on request.

2) For images of the Vertical Microstructure Profiler (VMP) and a Conductivity Temperature Depth (CTD – used to measure the vertical profile of temperature and salinity throughout the full depth of the ocean) being lowered from the expedition ship, please contact Media Relations.

3) A brief description of how the data are collected using the vertical microstructure profiler: The VMP is attached to the ship by a very thin, but strong cable. After the ship has come to a stop, it is carefully craned over the side of the ship to protect the delicate sensors on its tip, and the cable is then fed out from the ship fast enough that the probe can fall freely through the water. As it falls, the sensors at the tip of the probe measure minute fluctuations in the flow of the water, as well as in its temperature, allowing scientists to determine the amount of turbulence in the water. The brush at the back of the probe is to stabilize the probe as it sinks, and to slow it down slightly. Before the probe hits the seabed, the cable is wound back in, and the probe is pulled back on board.

4) This research was funded by the NERC iSTAR Programme, which aims to improve understanding of what’s happening to the area of the West Antarctic Ice Sheet where the greatest rates of ice loss over the last decades have been observed. New knowledge about the stability of this ice sheet is critical for making better predictions about how the ocean and ice will respond to environmental change, and what impact this may have on future sea level. iSTAR is an ambitious scientific programme funded by the Natural Environment Research Council (NERC). It brings together leading scientists from 11 UK universities and from British Antarctic Survey (BAS). http://www.istar.ac.uk/

5) This latest paper forms part of an iStar project called Ocean2ice, led by Professor Karen Heywood of the University of East Anglia. More about Ocean2ice can be found here: http://www.istar.ac.uk/projects/ocean2ice-istar-a/ 6) The University of Southampton is a leading UK teaching and research institution with a global reputation for leading-edge research and scholarship across a wide range of subjects in engineering, science, social sciences, health and humanities.

With over 24,000 students, 6500 staff, and an annual turnover in excess of £550m, the University of Southampton is acknowledged as one of the country's top institutions for engineering, computer science and medicine. We combine academic excellence with an innovative and entrepreneurial approach to research, supporting a culture that engages and challenges students and staff in their pursuit of learning.

The University is also home to a number of world-leading research centres including the Institute of Sound and Vibration Research, the Optoelectronics Research Centre, the Institute for Life Sciences, the Web Science Trust and Doctoral training Centre, the Centre for the Developmental Origins of Health and Disease, the Southampton Statistical Sciences Research Institute and is a partner of the National Oceanography Centre at the Southampton waterfront campus. www.southampton.ac.uk

7) Ocean and Earth Science at the University of Southampton has a well-established reputation for outstanding research and teaching. Our unique waterfront campus at the National Oceanography Centre Southampton (NOCS) attracts prominent researchers and educators from around the world, who join us to work within the areas of geochemistry, geology and geophysics, marine biogeochemistry, marine biology and ecology, palaeoceanography and palaeoclimate and physical oceanography. Following publication of the national Research Excellence Framework 2014 (REF2014), OES was ranked second in the UK, for proportion of research recognised as world-leading (4*) in the Earth Systems and Environmental Sciences Unit of Assessment.http://www.southampton.ac.uk/oes/index.page

8) More information on partner institutions and organisations can be found at: 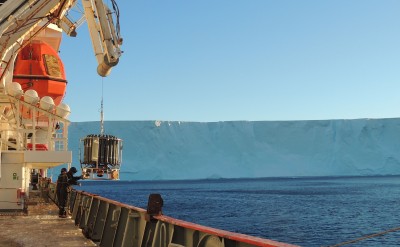 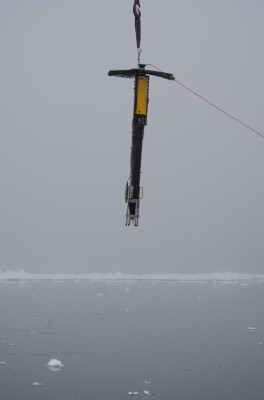