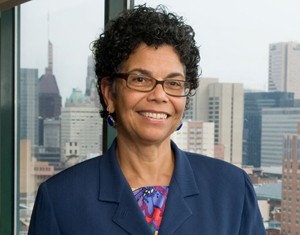 “On the one hand, this decision was perhaps the best that proponents of diversity and equal protection could have hoped for,” she said; “It didn’t strike down out of hand the practice and leaves in place existing law, which permits race-based admissions criteria when there is little other way to achieve diversity.”

“On the other hand, the opinion has pushed decision-making back to the lower courts with the order that they scrutinize with demanding strictness these criteria to make sure that the use of race is narrowly tailored to achieving diversity. Over the last few years in many decisions, the Supreme Court has already made it clear to all that it prizes a “color-blind” approach; this case reinforces the narrow justification for using race.”

“As a result, the lower courts could be caught between a rock and a hard place. They may fear that regardless of how strict their scrutiny of admissions criteria and practices, their decisions will be overturned unless they adopt the narrowly defined “color blind“ approach so obviously preferred by the court.”

“We may be in a holding pattern for a while. It’s important for those who believe in diversity, whether in universities or neighborhoods, to use the growing body of social science research to demonstrate its value to the court and to the public.“

Dean Haddon is a fourth-generation African American lawyer. She was appointed in 2009 Dean of the University of Maryland School of Law, the nation’s third-oldest law school, founded in 1816.

Dean Haddon joined Maryland Law after more than 25 years as a distinguished faculty member at the Temple University Beasley School of Law in Philadelphia. An accomplished scholar on constitutional law and tort law, Dean Haddon is the co-author of two casebooks in those fields and has written numerous scholarly articles on equal protection, jury participation, academic freedom and diversity. She is currently on the board of The Constitution Project, a national nonpartisan effort to promote and safeguard the nation’s founding charter.

Under Dean Haddon’s leadership, Maryland Law’s reputation and resources have continued to grow. In 2011, the school’s national rankings rose six spots—the greatest increase of any top-tier law school. That same year, the school also received a $30 million gift from the W. P. Carey Foundation, the largest gift in the school’s history and one of the top 10 largest gifts to any law school, public or private. The gift will support faculty development and strengthen the school’s academic programs.

Dean Haddon has provided leadership to numerous organizations dedicated to improving American legal education. She received the 2011 Great Teacher Award from the Society of American Law Teachers (SALT) and was until recently on the Council of the American Bar Association Section on Legal Education and Admission to the Bar, the official accrediting body of American law schools. She has also served as co-president of the board of governors and member of the executive committee of the Society of American Law Teachers, as a member of the executive committee of the Association of American Law Schools, and a trustee of the Law School Admissions Council.

Since joining Maryland Law, Dean Haddon has quickly become engaged in city and state-wide organizations. In 2010, she was honored by The Daily Record as one of the year’s most Influential Marylanders and by the Reginald F. Lewis Museum of Maryland African American History and Culture. She is on the board of the Baltimore Leadership School for Young Women and is a member of the Lawyers’ Round Table and the 2011 class of Leadership Maryland.

During her years at Temple, she fought racial and gender bias on the Pennsylvania bench and bar, serving on several state and city bodies, including the City of Philadelphia Board of Ethics. Previously she had practiced at Wilmer Cutler & Pickering in Washington, DC and clerked for The Honorable Joseph F. Weis Jr. of the United State Court of Appeals for the Third Circuit.

Contact Alex Likowski, Direct of Media Relations at alikowski@umaryland.edu or (410) 706-3801