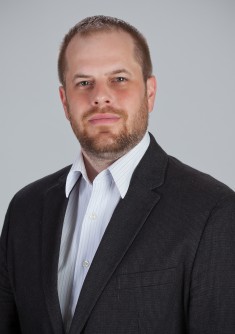 Newswise — JUPITER, FL – May 31, 2017 – Assistant Professor Seth Tomchik of the Florida campus of The Scripps Research Institute (TSRI) has received $2 million in funding from the National Institutes of Health’s National Institute of Neurological Disorders and Stroke (NINDS). The new five-year grant funding will support the study of neurofibromatosis type I, an inherited disorder that results from genetic mutations affecting a protein called neurofibromin (Nf1).

There is currently no FDA-approved treatment for neurofibromatosis 1. The disease begins in childhood with symptoms ranging from harmless spots to nerve tumors. It also predisposes individuals to a suite of behavioral symptoms, including attention-deficit/hyperactivity disorder (ADHD), autism-like symptoms, learning disabilities and chronic pain. The prevalence of behavioral symptoms suggests that Nf1 can affect the development or function of neurons in the brain that regulate activity levels.

Because neurofibromin is a large protein with multiple potential signaling roles in cells, Tomchik’s research will focus on the functions of Nf1 at several levels, examining its molecular biology, genetic interactions and effects on signaling and development of neuronal circuits.

“Aside from surgery to remove tumors, there are really no treatment options for those who suffer from neurofibromatosis,” Tomchik said. “We intend to look at how the underlying protein regulates behavioral hyperactivity, determining how specific neuronal circuit alterations underlie its behavioral effects.”