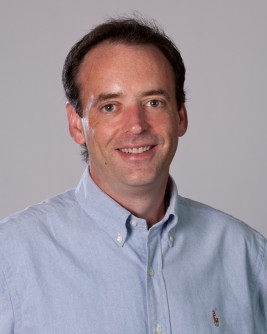 Paul Thompson, PhD, an associate professor with The Scripps Research Institute, Florida campus, will be the primary principal investigator for the four-year study.

Paul Thompson, a TSRI associate professor, will be the primary principal investigator for the four-year study.

“We’ve already identified a number of biomarkers for rheumatoid arthritis that we’re in the process of validating,” Thompson said. “The platform we are developing is faster and more versatile than existing technologies.”

Such biomarkers could allow for better, more individually tailored treatments because they could be used to diagnose and monitor disease progression or remission as patients experience different treatment options.

At the heart of the new study is a unique group of enzymes known as protein arginine deiminases (PAD). An increase in PAD activity has been noted in a number of conditions, such as inflammatory diseases like rheumatoid arthritis as well as cancer and Alzheimer’s disease.

PADs participate in reactions in the body that form the amino acid citrulline in proteins through a process known as citrullination, a modification that can have a significant impact on the structure and function of the modified proteins. While the exact role of citrullination remains unknown, inhibition of citrullination in animal models, using a compound developed by Thompson, has been shown to alleviate the severity of rheumatoid arthritis, ulcerative colitis, atherosclerosis, lupus, nerve damage and cancer.

In addition to developing biomarkers, the scientists will use the grant to better understand this modification and whether it provides a common link among these disparate diseases.